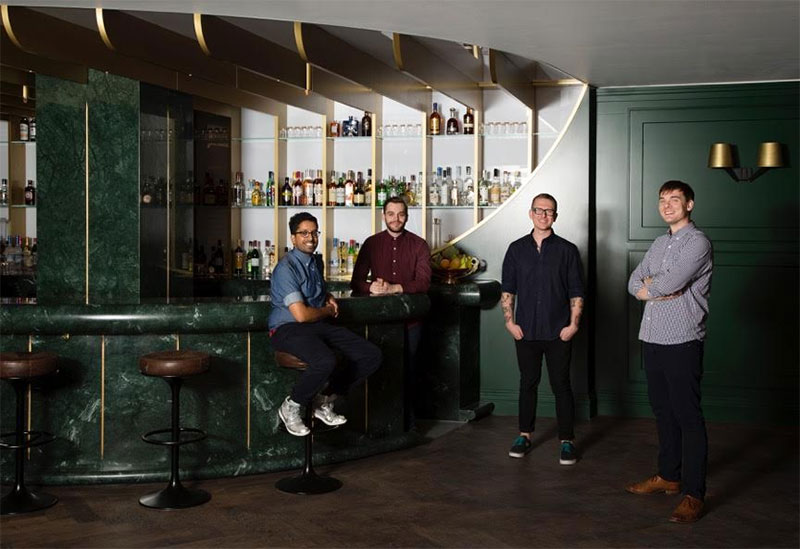 Ryan Chetiyawardana (aka Mr Lyan) is one of the busiest personalities in the London bar scene and we’re constantly impressed by the innovative and thoughtful approach he brings to drinks and cocktails. We’re pleased to see this creativity continue this month with the launch of a brand new menu at the award-winning Dandelyan bar in the Mondrian London.

The fourth menu from Ryan entitled 'The Vices of Botany’ will continue Dandelyan’s theme of botanical exploration - taking drinkers on a journey through the fundamentals of botany.

As we’ve come to expect from Ryan, the drinks at Dandelyan major on exotic flavours and unexpected combinations. The fourth chapter is no exception, divided into four sections - Faith, Lust, $£¥€ and Rock n Roll, each section of the new menu investigates a different way in which botany has played a role in human vice.

Cocktails from the menu will explore new flavours through the use of fermented ingredients such as pink garum (a fermented fish sauce) and tepache (fermented pineapple juice) as well as house-made dry banana and tomato wines.
Cocktails from the new menu include:

Hardcore Dandelyan fans, rest assured - a section of ‘Dandelyan Classics’ will also be available featuring the most popular serves from previous lists including the much loved Koji Hardshake and the Pinnacle Point Fizz.

Dandelyan, which has a string of accolades to its name recently picked up awards for Best Bar Team in London and placed at No.3 in The World’s 50 Best Bars last year. The Vices of Botany cocktail menu launches at Dandelyan on 17th February.