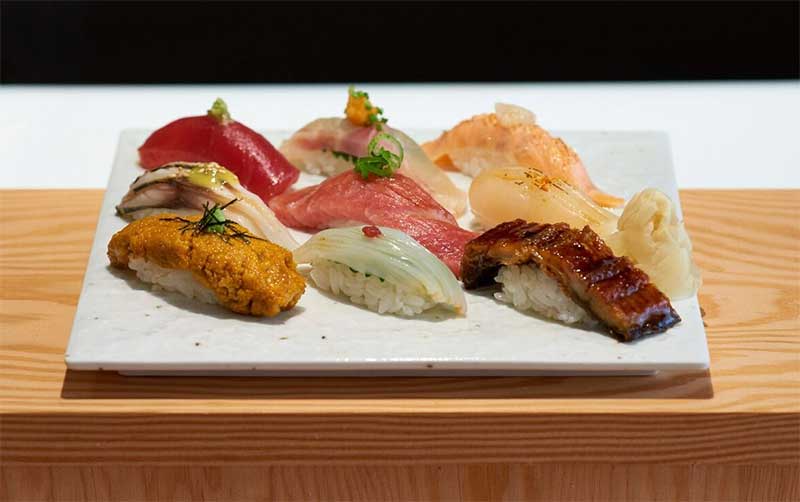 In a nutshell: Sushi restaurant with hideaway bar

Summing it all up: Some very interesting folk have teamed up to open this Japanese restaurant which sounds like it has something rather different to offer Londoners

London appears to be doing pretty well for new sushi openings at the moment. Over in Marylebone Atelier Sushi is just on its last days of soft launch and now another place has opened over in Mayfair that sounds really interesting.

If Cubé Restaurant & Kakurega Bar is a sum of its parts then it's 1+1+1=5 sort of equation. In the kitchen is Osamu Mizuno (previously of Nobu and Sake no Hana) while running things front of house is manager Mayumi Nunn (previously of Kanada-Ya and Eat Tokyo) with the bar in the capable hands of Reo Nomura (previously of Kouzu and Tokimeite).

Part restaurant, part bar the Blenheim Street spot has been designed by the folk who're responsible for the place with the longest queue in Chinatown - Bubblewrap. It's pretty diddy with room for 18 diners at tables, 6 at the omakase counter and 12 in the bar.

As you come in, the ground floor dining room is where you'll find traditional Japanese dishes rarely found in London alongside dishes influenced by the restaurant's London setting. We're told you'll find (and these are the restaurant's descriptions as we don't hold ourselves out as any kind of sushi experts):

Downstairs there's a Kakurega (meaning hideaway) bar with a short cocktail list of seven cocktails - including an Okinawa Old Fashioned and Smoky Negroni, as well as rare examples of Sake, Japanese whisky and fine wines. The wines in particular sound interesting given that there's an Owners Cellar offering the kind of low mark ups on extremely rare wines that you'll only find in a handful of places like Bob Bob Ricard for example. 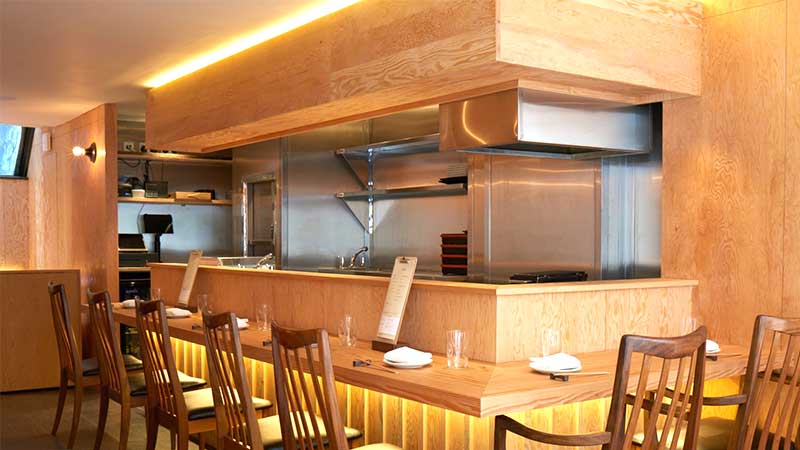 When does it open? Open now. Opening hours are Tuesday - Saturday: 12-2.30pm / 6pm- last orders at 10.30pm; Kakurega Bar opening times are the same as the restaurant with last orders at 11pm.