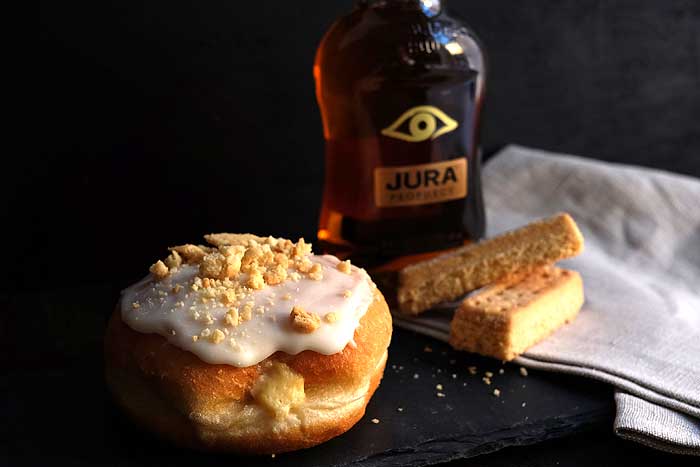 Yes it's a doughnut. But more than that, it's a whisky doughnut. And if the prospect of eating that doesn't enhance your day, then we can't help you. The doughnut in question is from Crosstown. They've partnered with Jura whisky to make something which matches their own sourdough with the whisky's smoky flavours.

What that means is that it'll have a whisky cream filling, whisky glaze and a light crumble of whisky infused Scottish shortbread on the top. Yes, we are SO there.

The doughnut will be £3.80 (£17.00 for box of 6) and will be available to pick up in-store from Crosstown’s flagship coffee and doughnut bar on Soho's Broadwick Street, as well as at Crosstown market stalls at Kings Cross, Broadway Market and Spitalfields from Wednesday 2 December until the end of December 2015. Find out more about Crosstown Doughnuts on Twitter @CrosstownDough