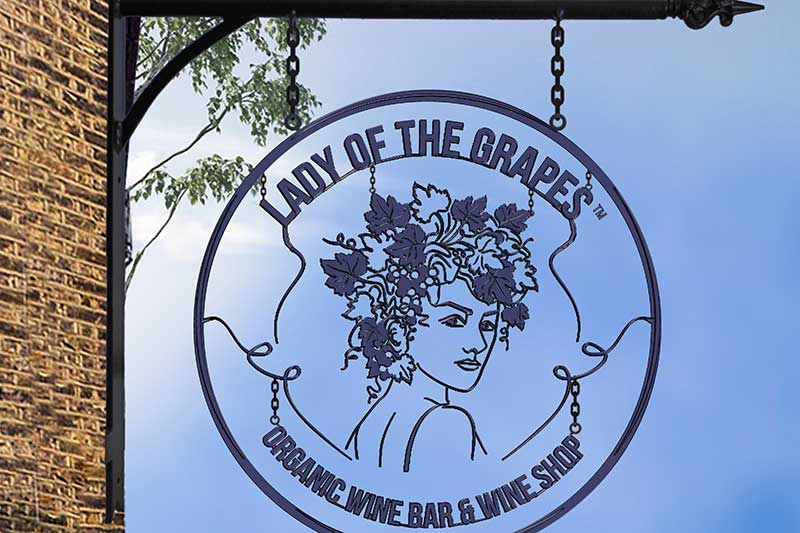 What: Lady of the Grapes

Summing it all up: Taking over the space where Encant was, Lady of the Grapes will be a wine bar, shop and restaurant focusing on wines created by female winemakers and will food by restaurateur Victor Garvey.

It's not unusual to find a new London wine bar showcasing organic, biodynamic and natural wines. What is less usual, is that the new Lady of the Grapes bar, opening in Covent Garden, will showcase predominately female winemakers. It's a project close to the heart of owner Carole Bryon who said she wants "to champion women in the wine trade and make them more visible through our wine list, because it’s not just men who make wine."

Bryon, who for two years ran the Grocery Wine Vault shop in Shoreditch, has created a wine bar, shop and restaurant and says the wines on her list will contain no additives, low sulfites and indigenous yeasts only. That wine list will feature 80 wines, 15 of which will be available by the glass. It'll be "a non-pretentious place for people who care what they eat and drink."

Although you'll be able to buy the wines to take away, when you know that the organic food menu is by Rambla restaurateur Victor Garvey (whose restaurant Encant used to be on this spot), you'll likely want to take a seat in the 29-seater space. We're told it will be "simple food made from seasonal, locally sourced ingredients". There'll be larger meals or you can just snack on sharing boards and the menu will change weekly with a seasonal focus.

Hot Dinners caught up with Victor over the weekend to get a little more detail on those dishes which he says are inspired by the southern French side of his family. So for the summer months they might be:

And during the winter months he's promising the likes of foie gras ravioli with cherry and ginger, or maybe roast leg of lamb with anchoiade

If you do want to grab and go, the deli here will also stock a range of cheeses, charcuterie and other victuals to go along with the wine.

More about Lady of the Grapes