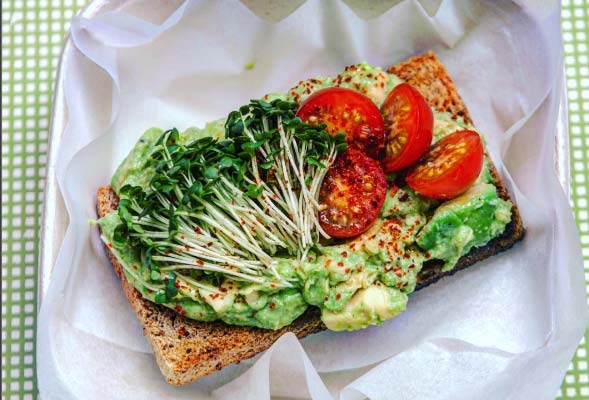 If you're into that whole 'get one over on your colleagues' thing - the opening of Counter Kitchen will be just the ticket. Forget your boring sarnies or salads, this Clerkenwell spot, opening in October, will be alll about healthy Asian-inspired breakfast and lunches to city workers. It'll inspire total lunch al desko envy.

Billing itself as a ‘mindfulness eatery’, Counter Kitchen’s menu focuses on raw, nutritious ingredients, and will be open for breakfast and lunch. For early birds, you’ll be able to grab a slice of avocado toast with a Korean twist, topped with homemade cucumber kimchi, or almond butter toast loaded with raw honey and energy boosting cacao nibs. Or for those who are more traditional in their hunt for early morning stimulants, there’ll also be AllPress coffee.

The lunch menu promises wholesome autumnal fare, including the cheekily-named Magic Mushroom - sauteed wild mushrooms, pickled daikon and healthy wholegrain soba noodles. When the temperature drops and something more warming is in order, tuck into a plate of the Kimchi Culture, loaded with tangy pickled veg, pak choi, ginger and tofu, served in beef broth, rounded off with a glass of bio-wine.

The venture is headed up by Matt Edwards, formerly of of Quo Vadis and Fino.