[SIGPLUS_EXCEPTION_SOURCE] Image source is expected to be a full URL or a path relative to the image base folder specified in the back-end but /blog/2015/bellangerpreview/gallery is neither a URL nor a relative path to an existing file or folder.
0
Shares

Corbin and King's Bellanger restaurant is opening on Islington Green 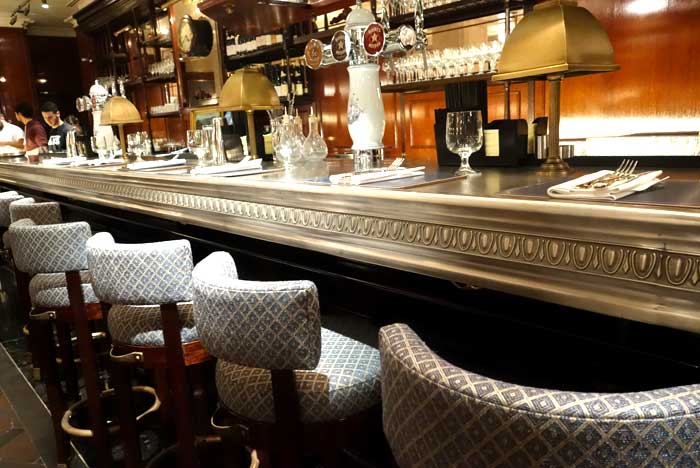 Hot Dinners got a sneak preview of Bellanger this week and even with days of fitting out to go, the place looks fantastic. They've opened up the front of the dining room, adding a semi-private dining alcove, put booths all down one side. There'll be 10 seats for counter dining and a large dining room towards the back which has been transformed from a previous lonely spot into somewhere you'll be clamouring to be seated.

As for the menu, we tried a few of the tartes flambees which range in price from £4.75 to £8.75 and include five savoury and two sweet versions (our favourite was the goats cheese with honey and thyme). They'll be serving a lot of sharing dishes - like coq au reisling and Baeckeoffe (beg your pardon) as well as favourites like schnitzel and sausages. Right now they'll be opening for distinct lunch and dinner sessions but in the New Year expect them to open for brunch at 11.30 running right through to the evening.

As for drinks - there'll be four Meteor beers on tap, champagne cocktails, a lot of Alsace wines and a glass will start at a bargainous £6.75. We may be moving in.

You can see the full menu in the gallery below too.

There really is a LOT happening in Islington at the moment...

We reported a few months ago that Corbin and King were opening an restaurant in Islington and now it's all official. As previously reported, they're taking over the very-well-situated Islington Green spot from Browns.

There they'll be opening the latest addition to the group, a restaurant called Bellanger. As Jeremy King says, the name comes from their tradition of linking restaurant names to cars - this from the Société des Automobiles Bellanger Frères, a French car manufacturer from 1912 to 1925.

As for the restaurant itself, they're currently in the process of stripping it out, to be refitted by Shayne Brady, who previously designed Fischer's and also The Delaunay, Brasserie Zédel and Colbert under David Collins. It'll seat 200 and promises to be a "brasserie in the proper Alsace tradition".

Bellanger opens on 14 December 2015 at 9 Islington Green, London N1 8DU in Autumn 2015. For more information, follow them on Twitter @bellangerN1.