#CookforSyria returns for a second year 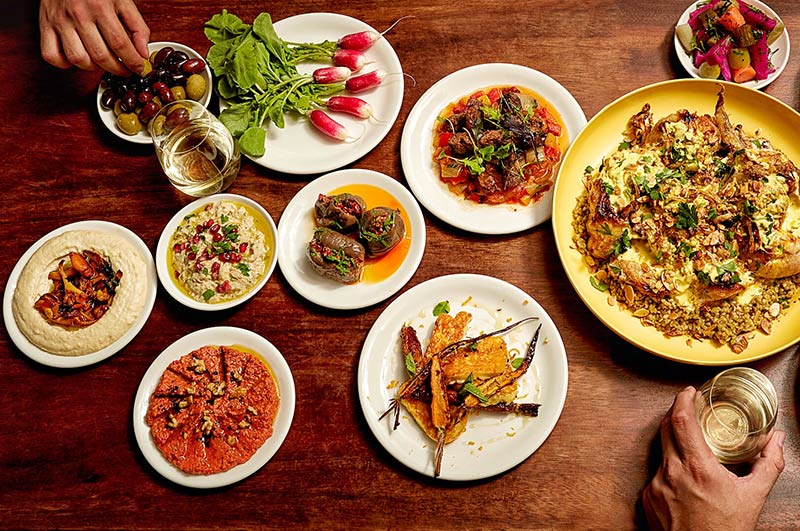 A veritable who’s who of London’s restaurants are about to get a touch more Syrian when #CookforSyria returns for a second year.

Each restaurant will add a dish with a Syrian twist to their menu for the month-long initiative, with £2 from the sale of each going to UNICEF’s Children of Syria appeal.

A seriously HUGE number of restaurants are involved (and we’ll list them all below) but some of the standouts include a lamb cumin miso udon with fresh herbs from Koya, Syrian beef tartare from the Chiltern Firehouse, and from Smokstak, a dreamy-sounding Za'atar crusted-brisket with Syrian-style salad, pickled cucumber yoghurt, harissa chilli and flatbread. There’ll also be a chocolate and tahini shake from Bleecker Burger, and a pistachio and nutmeg cake from Palatino.

#CookforSyria was set up in 2016 by Instagram legend and London foodie Clerkenwell Boy, along with Serena Guen and Gemma Bell. Aside from raising money, the endeavour aims to celebrate Syrian food and culture, while at the same time highlighting the Syrian humanitarian crisis.

It’s been a wildly successful venture thus far (raising £350,000 for children and families in Syria) which has led to #cookforsyria nabbing “Best Ethical Food Project” in the OFM Awards.

There’s plenty of events happening throughout the month too, including a huge charity banquet at Petersham Nurseries Richmond on the 9 November. The feast will be cooked by Syrian restaurateur Imad Alarnab, and Damian Clisby, who’s executive chef at Petersham Nurseries’ Covent Garden branch. which you can book here. You can book through this link, but keep your eyes peeled for other happenings including a #bakeforsyria event on Columbia Road, and a lunch at Borough’s Great Guns Social.

The full list so far of the dishes and the restaurants that will be serving them throughout November are:

There are plenty more restaurants signed up who’re yet to announce their dish, including Balls & Company, Berber & Q, Club Gascon, Kricket and Som Saa. So keep an eye out for them too.