Written by Catherine Hanly
Created: 01 May 2013 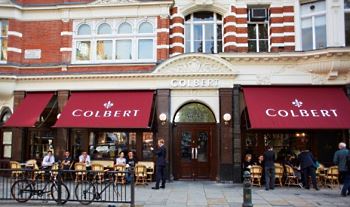 To the Langham Hotel last night to the annual Tatler Restaurant Awards, which cunningly positions itself for the day after the Worlds 50 Best announcement so loads of chefs are still in town.

The magazine's Restaurant Editor Jeremy Wayne presented the awards as best he could over a boisterous crowd, many of whom were nursing sore heads from the night before. It proved to be a particularly good night for Jeremy King and Chris Corbin who won the main award for the second year running. This year it went to Colbert - their Sloane Square spot. Last year Tatler's Restaurant of the Year was Delaunay.