Claw residency comes to Dalston's Three Compasses for the winter 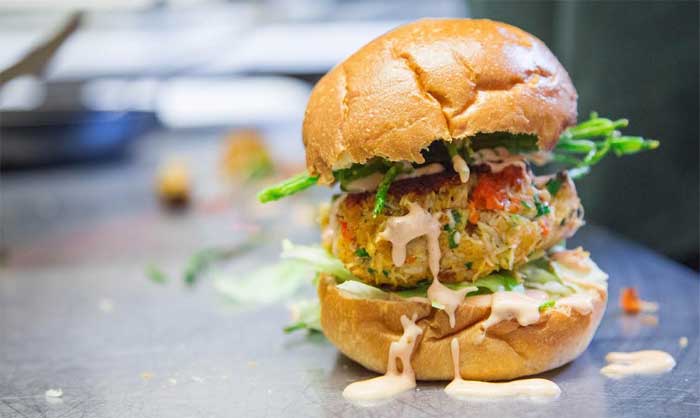 This rather fine looking shellfish dish is the crab burger from Claw. And if just gazing at that photo makes you fancy it half as much as we do right now, you'll be wanting to know that the streetfood folk behind it have just taken residency at The Three Compasses in Dalston.

From this week until the end of January they'll be serving up a mainly crab-based menu with all their crab coming from Start Bay in Devon.

There'll be five burgers on offer including:

As for sides expect Crab & Mac, crab arancini served with harissa mayonnaise or lemon alioli. And - this sounds particularly good - they'll be serving their first brunch dishes at weekend including a lobster BLT and crab grilled cheese with a bloody mary.