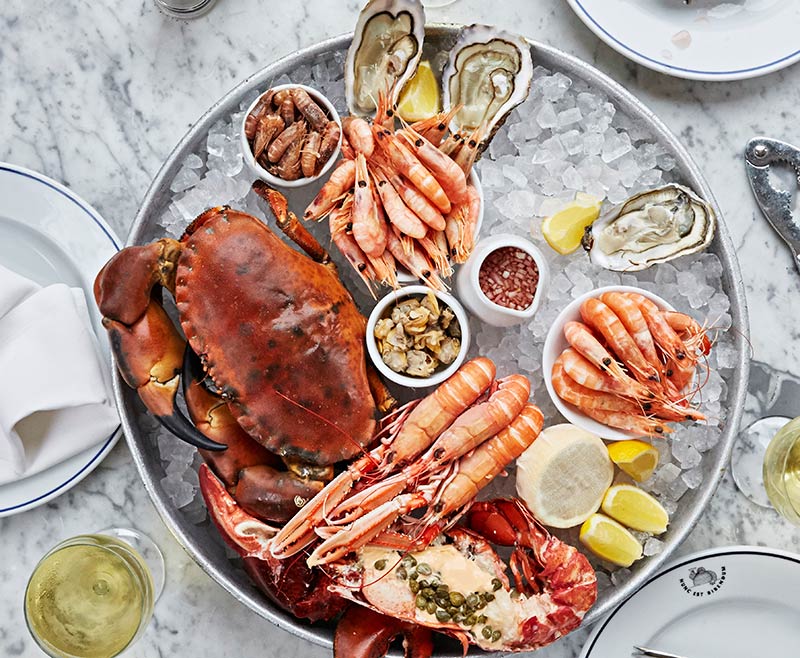 Just over a year since he opened his restaurant at Bibendum, Claude Bosi has unveiled a new look Oyster Bar on the building's ground floor.

The oyster bar was closed earlier this year for a bit of a do-over and the new design sounds tres chic. There's a six-seater oyster bar, as well as open kitchens and the ever-popular florist.

At the oyster bar they'll be serving nine varieties of oyster from England, Ireland and France - from Dungarvan in Ireland to Gillardeau from Mormandy and Jersey rocks.

If you haven't been down to South Kensington to check the oyster bar out before, the prospect of an oyster happy hour may lure you to cross town. Every weekday from 5pm to 6pm select oysters will be £1 each.

It's not all oysters though - the bar will also serve up range of seafood specials and classic French dishes including:

They're also expecting the weekend brunch to be popular with lobster rolls with shoestring fries and chilli crab and lobster linguine on offer. Personally we're most tempted by the idea of a section of the menu dedicated to brunch sandwiches and toasties, key to which will be the Bibendum LBT (lobster, bacon, onion and cheese) toastie.

Where is it? Michelin House, 81 Fulham Road, London SW3 6RD