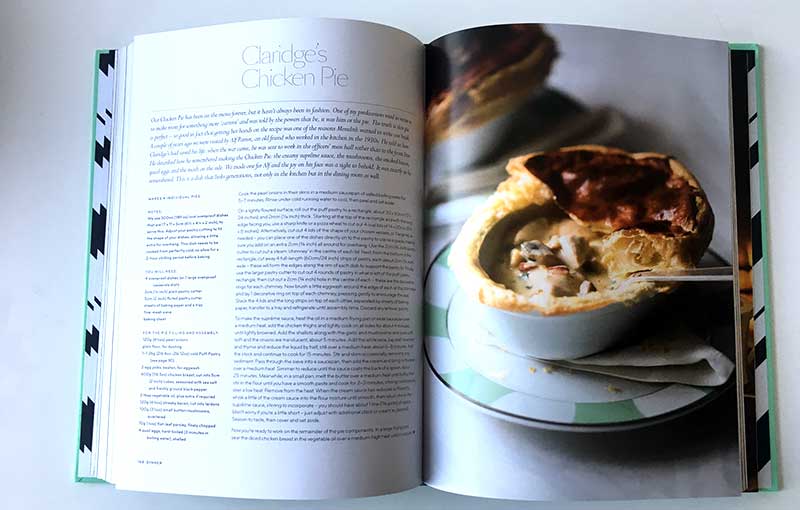 To Claridge's last night, where London's foodie folk gathered together for the launch of Claridge's: The Cookbook. Executive Chef Martyn Nail and the hotel's GM Paul Jackson welcomed guests for pre-dinner canapes washed down with Dom Perignon in the hotel's kitchens before repairing to a private room for a sit down dinner featuring some of the book's recipes.

Claridge's artist in residence, David Downton, gave a quick speech pre-dinner. In a world "dominated by despots and dunderheads," he said, he knew which side of the hotel's revolving door he'd rather be on.

The book itself is pretty gorgeous featuring recipes ranging from the hotel's acclaimed chicken pie to their legendary lobster risotto. Hot Dinners sat down next to Trinity's chef Adam Byatt ,who began his career here at Claridge's. He told us the chicken pie still tasted the same way back when he was in the kitchens here.

What: Claridge's: The Cookbook is published on 5 October 2017.

How to buy it: You can buy it online at Amazon, but if you order it from the hotel it'll come beautifully boxed.