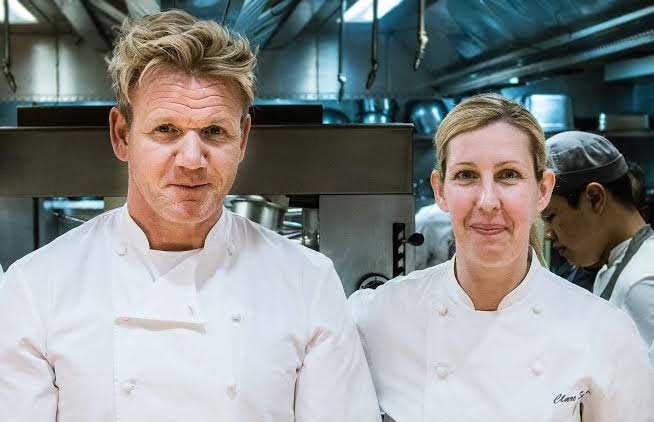 Well now, THIS is quite a story. News broke this afternoon that Clare Smyth, currently Chef Patron at Restaurant Gordon Ramsay, is to open her own restaurant, with Ramsay's backing. Smyth has been with the restaurant on Royal Hospital Road - one of just three in the country currently with three Michelin stars - for 11 years.

Her place will be taken by Matt Abe who has been Head Chef at Restaurant Gordon Ramsay Royal Hospital Road for the past two years.

Of the move Ramsay said of Smyth: "She is undoubtedly one of the greatest chefs to have graced my kitchen and has now become the most prominent female chef of our generation. It’s the right time for her to take this next step and I am thrilled to be supporting her new venture."

It's an obvious step for Smyth who relaunched Restaurant Gordon Ramsay two years ago, taking a stake in the business. Last year she became the first woman in 14 years to achieve a perfect score in the Good Food Guide.

"Restaurant Gordon Ramsay has been a big part of my life," she said in a statement issued today. "I have a great fondness for the restaurant and the team, it has formed me into the chef that I am today and I am grateful for the opportunities it has given me. I also remain ambitious and want to build on my success. The natural way to do that is by opening my own restaurant and, with Gordon’s blessing and support, I am excited to embark on this new chapter."

Clare Smyth's new restaurant is scheduled to open in Autumn 2016. We'll bring you more news on that as we get it.