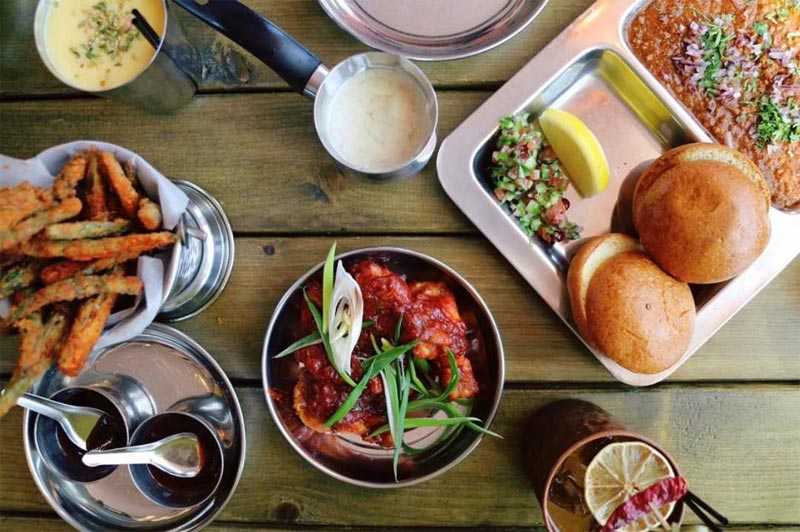 The next pop-up to hit Hackney art and gallery space Proud East is Chit Chaat Chai, an Indian street food restaurant from Wandsworth, who’ll be settling in for the duration of the gallery's summer-long Pop-Up India event.

Chit Chaat Chai’s speciality is chaat, the small sharing plates of Indian food from which they take their name, which they’ll be serving up to visitors throughout the Pop-Up India event with a suitably London-y twist.

On the menu, there’s their ‘Bombay Bhel’ with puffed rice and chickpeas, the ‘Pav Strikes Back’ with a ‘Darth Vada Pav’ burger comprising of spiced potato patties in a brioche bun, plus Hakka Wings and Keema Pav with spicy lamb mince also served in brioche. As tradition dictates, there’ll also be plenty of Kingfisher beer on offer to wash it down too.

Afterwards, you'll be encouraged to linger and take in a spot of Bollywood cinema, henna, or live sitar on the terrace overlooking Regent’s Canal, as part of the schedule for Pop-Up India.