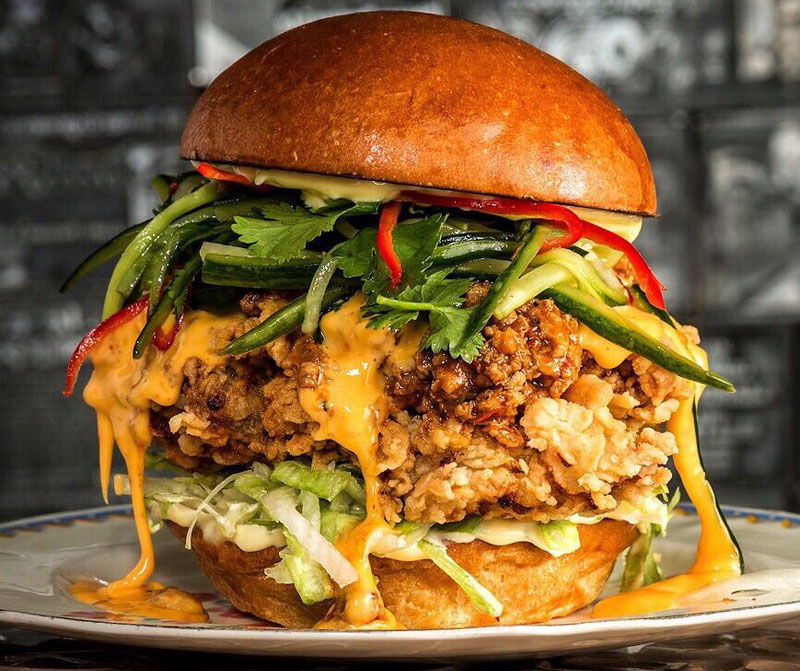 Now THAT's a burger. News has just reached us of this very special burger going on the menu at Chick n Sours for the whole of March. It's the Macho Nacho Burger and is "fried thigh, Chengdu chicken, kimchee cheese, Vietnamese pickles". Plus, profits from the £12 burger will go to the Cook for Syria fund. So you might want to start planning when you're popping down for one now.

The Macho Nacho Burger is on the menu at Covent Garden and Haggerston Chick n Sours from March 1-31 2017. We also hear that they'll soon be launching a competition to give away free chicken for a YEAR. So you might want to keep an eye on them on Twitter @ChicknSours.