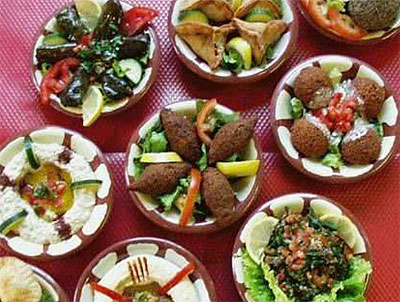 Ceru has previously popped up at the Brighton and Henley Regatta and now they're settling down for a five month period, just north of Oxford Street. Executive chef Tom Kime is in charge of the menu - he's previously worked at River Café, Le Pont de la Tour and Rick Stein’s Seafood Restaurant and owns also owns Fish & Co. in Sydney.

You can expect a Levantine menu and dishes include roast fillet of gurnard, oregano and chilli, and slow roast lamb shoulder with shawarma spices (with all the meat UK source Halal).

Adding to that, much of the menu will be takeaway too and they'll have Lebanese flatbread wraps on offer. Drinks include freshly squeezed juices, homemade lemonades, a selection of 12 wines by the glass and carafe and a small selection of classic cocktails with a twist.

They open on Monday at 8am and from midday they have a special opening offer - the first 200 takeaway wraps will be free. So get down there on Monday if you fancy trying them out.

Ceru opens on 1 December at 29 Rathbone Place, Fitzrovia W1T 1JG for walk-ins only. Opening hours are 8am until Midnight Monday to Friday , 10am until Midnight Saturday. For more information, follow them on Twitter @cerulondon