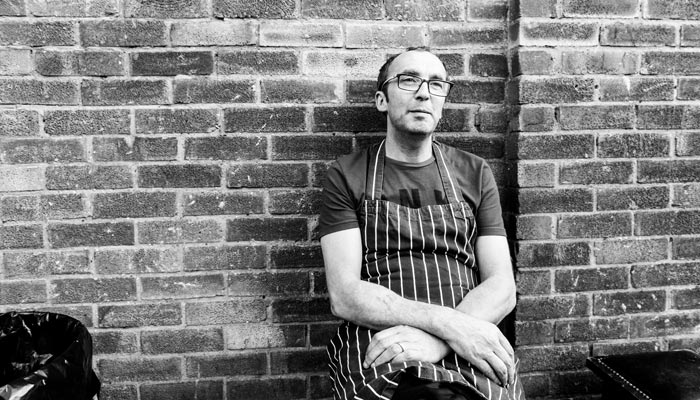 We're big fans of Chick 'n' Sours, Carl Clarke's great chicken restaurant in Dalston and if you haven't been in to try that Szechuan Aubergine, which we highly rate, then you're really missing out.

So when we heard that he's opening a new bar, planning to serve a whimsical take on Chinese comfort food, UNDER Chick 'n' Sours, we were naturally pretty darned excited. It's run by the same team behind Chick 'n' Sours, Carl and his business partner David Wolanski and also Ash Mair who also worked on the development of Chick 'n' Sours. They're bringing together a short snappy menu in the same vein.

That will include re-imagined classics such as Prawn Toast & Ribs as well as ever-changing ideas such as Noodle Crack. And they'll all have pictures on the menu to round out the classic Chinese restaurant vibe. As with the sours in the restaurant above them, cocktails will be a big feature, designed by Sam Dunne. "It’s gonna be a fun kind of place I wanna hang out in”, says Carl.

And if you've got a ticket to our Elements 2016 party at Selfridges, it'll be your first chance to try one of Carl's dishes from Chinese Restaurant Syndrome. That will be Tiki pig - rare breed pork belly cooked in soy caramel with Szechuan chilli, pickled pineapple, toasted coconut and mandarin segments. Yes, it sounds amazing. Make sure to follow us on Instagram for pics of the night.