Cannon and Cannon are launching Nape in Camberwell, a cured meat bar and deli 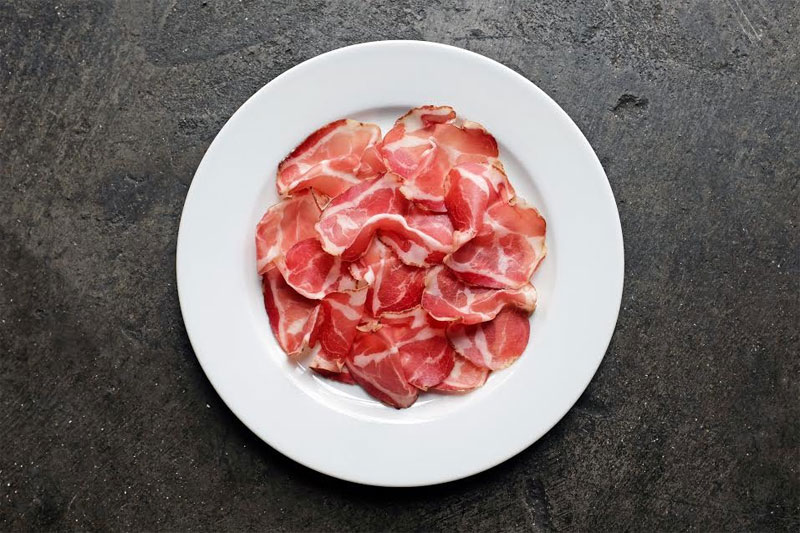 You might have come across charcuterie champions Cannon and Cannon at Borough Market or at a number of market stalls across town. Well now they're getting ready to open a big new place in Camberwell called Nape with LOTS of lovely cured meat.

Nape is primarily a cured meat bar - somewhere where you can pitch up, grab a seat and spend the night munching your way through a big range of British cured meats with a glass of wine (or three).

Obviously, the menu will heavily rotate around meat, with platters including Hackney-made Fennel and cubeb pepper salami, Gloucester Old Spot loin speak and their own House Nape. That's the Nape in the picture above, which is "The English name for coppa, a traditional cut of Italian pork salami, made from the dry cured muscle running from the neck to the 4th or 5th rib of the pork shoulder."

Other meaty dishes include:

AND there will be toasties too, including "Welsh sobrasada, cow's curd and pickled fennel" and "Wiltshire ham with Keen’s cheddar and leeks." On top of all that, Bread Ahead doughnuts to finish everything off.

For drinks, expect a range of wines on tap, plenty of natural wines and local beers. As for the look of the place, expect seating for 45 with booths and bar stools as well as a special tasting area which you can book out. And finally, as they're working as a deli, you'll be able to take lots home too.

And they just can't wait long to get something up and running, so they're opening as a pop-up in December to give everyone a taste of what to expect. That's open from 8-24 December, then they'll get ready to open the main event in February 2017.