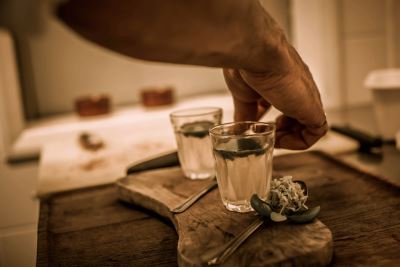 If you reckon yourself as a bit of an early adopter when it comes to restaurants, then an event happening in Islington next week should be right up your street.

The two day pop up by collective Camberwell Love is headed up by chef James Cochran. Cochran's worth watching. He began working life at Wheelers in Whitstable before moving on to Michelin-starred Reads in Canterbury. He then spent three years at The Ledbury before becoming sous chef at Fulham’s Harwood Arms, London's only Michelin star awarded pub. Now he says he's ready to take the lead in his own kitchen.

The collective started cooking as a team back in Spring this year and have already held a handful of events in Camberwell (hence the name) before moving north of the river. A look at their Facebook page shows that the food looks frankly amazing with dishes such as Tomato tea, crab and basil or lemon curd with blueberries and brown meringue. It's also a crazy price with 8 courses including cocktail on arrival for £45.

Camberwell Loves is at the Steam Passage in Islington on 1 and 2 October. To book email admin@camberwelllove.com