In a nutshell: Asma Khan's Fulham follow-up to Darjeeling Express

Summing it all up: Taking Calcutta's street food scene as inspiration, Asma Khan's Darjeeling Express follow-up promises all kinds of Indian treats for the folk of Fulham.

The release yesterday of the final names to join the line-up at Market Hall Fulham when it opens in May, was notable mainly for announcing that everyone's favourite Carnaby restaurant, Darjeeling Express, was opening a second venue.

Calcutta Canteen will be one of 10 operators in the Fulham food hall and it's bound to be incredibly popular if the reaction on social yesterday is anything to go by.

The new restaurant will focus on Calcutta street food - so expect dishes like kati rolls and puchk as well as chaat and phulki lentil fritters. On the drinks front, the team will make up masala chai, mango lassi and salted cumin lassis for diners.

Hot Dinners caught up with Asma yesterday to find out more about her plans for the new place. To begin with, we talked about the name.

"Why call it Calcutta Canteen? For me the city of my birth which is now called Kolkata will forever be Calcutta despite a name change in 2001. The change was a political decision to reflect the Bengali pronunciation of the name. I have never seen Calcutta as a Bengali city - it was a city which has embraced and sheltered visitors and travellers for centuries from the Armenians to the Tibetans. It is similar to London in some ways. The culinary tradition reflects that rich cultural mix which makes the food of Calcutta so unique and maybe I am a bit biased - it is the food capital of India. The new brand name is a homage to my city of birth - the City of Joy!

As for the canteen bit, "I decided to call the new place a canteen to acknowledge how the Calcutta canteen tradition brought people of all backgrounds and classes together under one roof over a cup of steaming milky masala chai.

"We will be serving chai and streetfood - Calcutta street food places were always a place where the great and the good could be seen rubbing shoulders with the not-so-well-heeled members of society. Kati Rolls, puchkas and Chaat were universal favourites for all Calcutta people."

When it comes down to it, Asma is just a natural host, using food as the tool. "It has always been my desire to use food to bring people together," she admits, "starting from my supperclub days where I served food in large sharing platters and watched conversations start between strangers who were sitting around that platter of food." 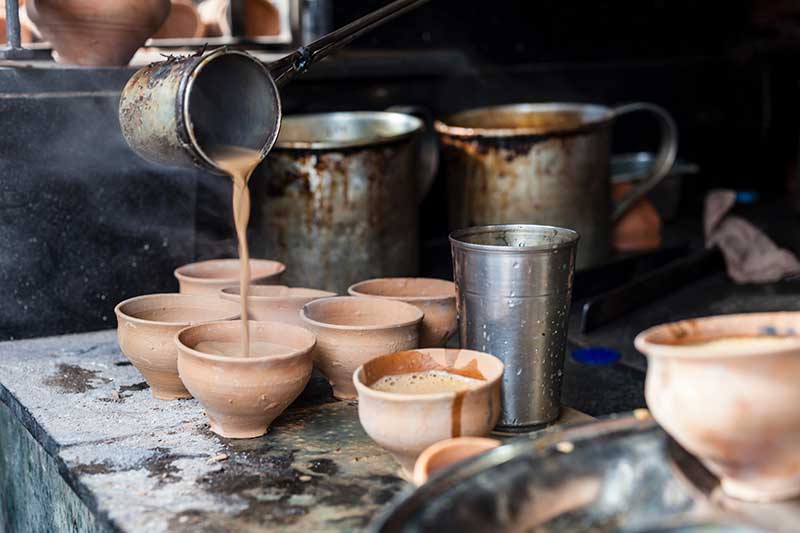