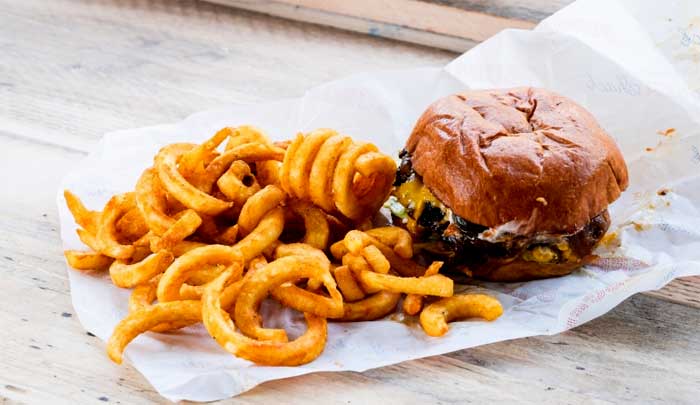 Looks like there's more burgers on the horizon for Wimbledon. Young's Pubs have just announced that they're opening Burger Shack & Bar on Church Road this month. They've taken over the Fire Stables.

The menu is based on the other Burger Shacks they have at some of their pubs, like The Ship in Wandsworth and what they have coming out of their roaming Airstream trailer. This will be their first standalone shack though.

Right now they have four burgers:

Weekend brunch includes pork and sage patty with treacle cured bacon, egg and cheese in a cream bun (£8) and the ubiquitous crushed avo with poached eggs and goats cheese on sourdough (£7.50).