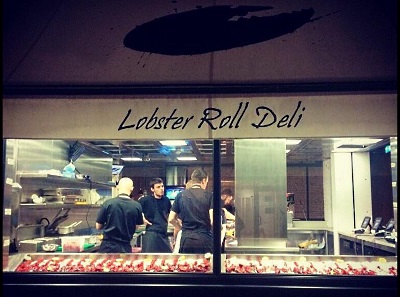 This Autumn really is the season of lobster with no less than three lobster restaurants opening their doors in London within a two week period. The second (the first was Lobster Kitchen while Lobster Shack opens up in a few weeks) is the latest one from the Goodman Restaurant Group, Smack.

No - it's not a dive bar, heroin-chic style den, but rather a fast food fine dining restaurant in Mayfair where the focus is on lobster rolls, serving them both to eat in and take away.

Sides include courgette fries £3 (£3.60) and lobster chowder £3 (£3.60) for a small portion and £4 (£4.80) for large - takeaway prices in brackets. While drinks include traditional homemade lemonade, wines and craft beer all on tap.

If this is your manor, you might also be interested in Smack's loyalty scheme where a key ring from jewellery designer Moxham gets you loyalty discounts, access to VIP events and other benefits.