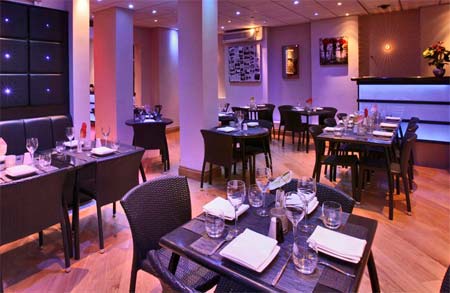 Opening this week in South London is a new Caribbean restaurant with Michelin influences.

Bubbas is run by Antoinette Ledford Jobson (and is named after her son) backed up by her Head Chef Anthony Cumberbatch who's worked at the Savoy under Anton Edelman and the Ivy as well as cooking for George Clooney and Mick Jagger. He's an experienced Caribbean chef, having most recently been at Caribbean Scene in the Docklands, as well as winning the title of Best Caribbean Chef in the UK (by the Caribbean Food Emporium).

The restaurant is looking to serve both pure Caribbean dishes alongside British food with a Caribbean influence, using their own prepared West Indian spices and curry powders.  So you can expect things like seasoned Pacific John Dory with truffle potato mousse, marinated king prawn and served with a scallop nape’d with spiced coconut red curry sauce or Caribbean curried goat in a roast petal tuille basket served with avocado puree and plantain crisps.  The chef's favourite is drunken caramelised pork chop with ackee and saltfish, served with a beetroot ravioli and dash of trout roe vinaigrette and there's a Mango strudel to round everything off.