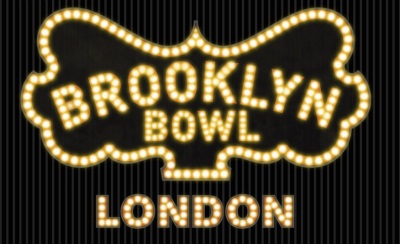 Well this one snuck in rather under the radar - on January 17th, there's a new restaurant opening at the O2 which might actually be worth a trip in its own right.

Brooklyn Bowl, as the name suggests, is a bowling alley which also has a 500 capacity live music space and a 120 cover restaurant. As co-founder Charley Ryan explains: "If you look at us simply as a music venue, or simply as a bowling venue, you've missed the point.” The London venue is expected to be able to live screen concerts on large screens as they're taking place at the O2.

The original Brooklyn Bowl was launched in 2009 in Williamsburg and the London venue's restaurant will be run by the same people as the New York one, the well-respected Blue Ribbon Restaurants Group. The group is run by brothers Bruce and Eric Bromberg who are also behind Manhattan's Blue Ribbon restaurant and its respective bakery and sushi rollouts in New York and beyond.

A quick look at the Brooklyn menu reveals what the London restaurant could have on offer - appetisers include egg shooters with pickled peppers and olive oil mayo, roasted adobo corn with queso fresco, chipotle butter and lime and pork rinds with jalapenos and red onion. There are also salads, french bread pizza, fried chicken dinners and BBQ wings.

What caught our eye was part of the weekend brunch menu and namely, The Jim Morrison which is a 10 inch buttermilk pancake with fried chicken. The brunch offerings also include frittata, hangover chicken soup and Sloppy Josephine (baked eggs, mash and sloppy joe).

Brooklyn Bowl opens at the O2 on 17 January 2014. For more information follow them @bkbowllondon