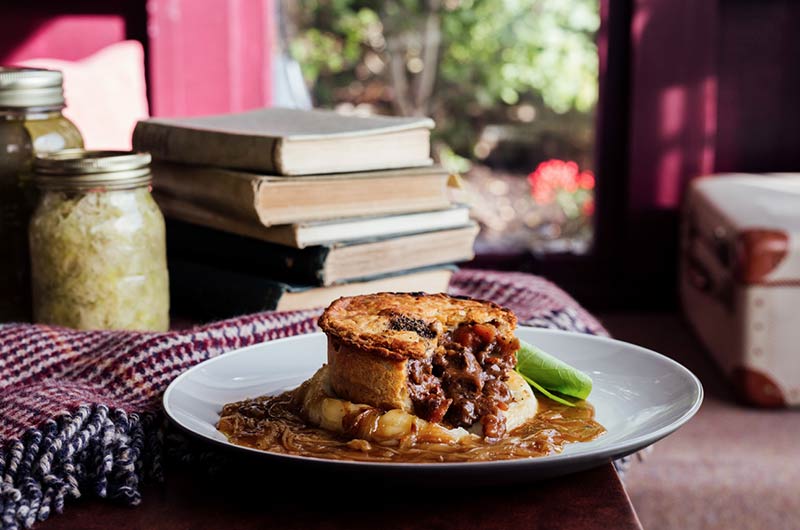 Those who’ve been entranced by the sound of Bristol’s charming walled garden restaurant The Ethicurean, but haven’t made it over yet, will soon be able to try their menu when they pop up on the John Lewis rooftop.

It’s the latest restaurant to set up in the department store’s rooftop pop-up space, The Gardening Society.

Although famous for charmingly British food with a countryside edge - Victorian scrambled eggs, sticky toffee apple cake, etc - the restaurant will be bringing a menu with a bit more of a capital city edge.

Some of the dishes we know about so far include

They’ll also be bringing their famous sticky toffee apple cake, but giving it a London twist by way of stout, and rather wonderfully, an “inappropriate amount of cream”. It’ll definitely be the one to try, based on praise from Marina O’Loughlin from 2015 who said: “their squidgy toffee apple cake served with cinnamon cream is one of the finest desserts I’ve ever rammed into my face.”

The Ethicurean is normally found in the Victorian haven of the Barley Wood Walled Garden on Bristol’s Long Lane, and has gained loads of praise for its simple, veg-focused dishes, most of which start their life in the on-site glass house - or from similarly close by, including the “fields, forests, orchards, lakes & seas that surround [their] walled garden,” apparently.

Naturally, there’ll be drinks too, of the winter warmer variety, like Pumpkin Punch with honeyed Rooibos tea syrup, or an 8 Spices Mulled Negroni. Perfect for upping the cosy factor as your take in the wintery windswept views over London.

How to book: book online at www.johnlewis.com/content/roof-garden