Brad McDonald and The Lockhart launch Shotgun in Soho 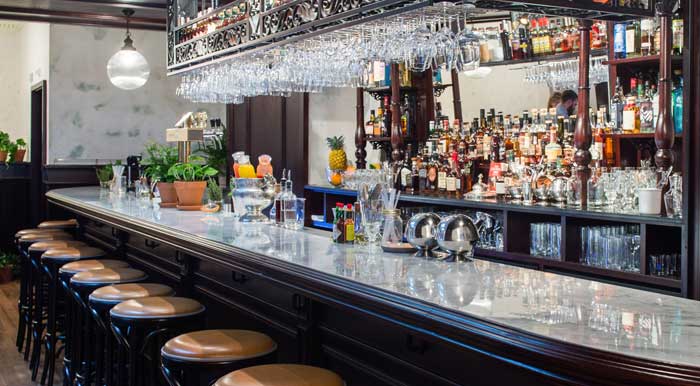 Updated 4/10 with details of the menu.

We loved the Lockhart (particularly that cornbread) so it's very good news today as we hear that the people behind The Lockhart are expanding things - bringing Brad Mc Donald into Soho. They're setting up Shotgun in Kingly Street - an area which has a lot of interesting foodie developments (like a huge Dishoom) incoming.

The name comes from a style of house in Southern USA - as they say "the structure is long with a narrow frontage that gives a straight ‘shot’ from one end of the house to the other." The look of the new restaurant fits that bill as they'll have a long cocktail bar on the ground floor that feeds into the main restaurant downstairs.

Food wise, there will be a big focus on low and slow barbecue cooking in the downstairs dining area where the open kitchen will be.

On top of that, lots of sides, including "Pont Neuf Potatoes" and regularly changing desserts including ice cream from their own soft serve machine. From there, flavours include Chipotle Chocolate, Brown Butter Caramel and Sour Cherry.

The cocktail bar has drinks put together by Matt Whiley - aka The Talented Mr Fox and best known for Peg and Patriot - with a list split into Brown Liquor, Punch, Absinthe and White Liquor and will have a big emphasis on punch. We like the sound of these, all with a very southern US feel (and that float sounds GREAT):

Shotgun opens officially on Monday 12 October at 26 Kingly Street, London W1B 5QD. They have a soft launch until 11 October with 50% off food. For the latest from them, follow them on Twitter @ShotgunBBQ