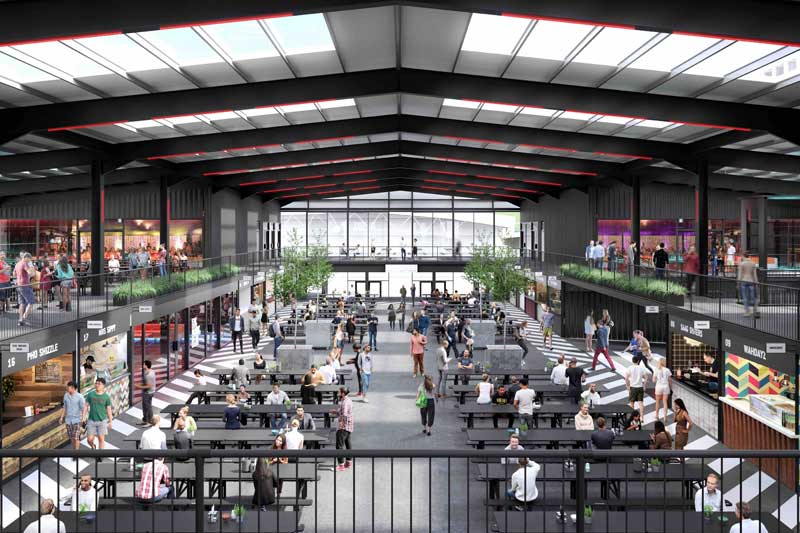 Hello Wembley! No, not the words out of the mouth of the next star to play at Wembley Stadium but the greeting from all the food traders hitting London for the biggest Boxpark EVER. They're already well established in Shoreditch and Croydon and now they're heading north-west as the latest Boxpark will be at Wembley Park.

It's going to eclipse what the group have done before at Shoreditch and Croydon. There will be 27 food and drink outlets transforming what - let's face it used to be a pretty dire place to eat and drink - into a foodie paradise. In addition to all the food and drink spots, this new site will feature a 2000 capacity arena space for large-scale events, and a BoxBar with all the craft beers, fine wines and spirits you could wish for.

Now we're slowly starting to hear just who's going to be on the site. So far we know about:

Launch event: The weekend launch party has a takeover by Rinse FM on the 8th with special guests and Bingo Lingo on the 9th.