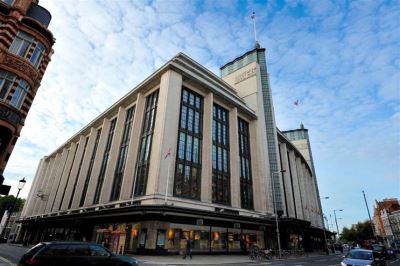 Bone Daddies is expanding. The ramen restaurants are adding a third site to their portfolio, opening in Whole Foods Kensington in November.

Following on from Bone Daddies and Flesh & Buns, Bone Daddies Kensington will bring the two menus together offering their signature ramen and hirata buns will appear on the same menu.

The new place, with room for 100 diners, will be on the first floor of the Whole Foods Market. Open all day, from 11am it'll serve up lunch and dinner within store hours as well as having a bar and an original cocktail menu.

There'll be new ramen dishes launching in Kensington including Curry Ramen and new styles of Tonkotsu. Unlike Flesh & Buns, the hirata buns here will come assembled, as opposed to DIY style. We're looking forward to trying their chicken and prawn and pork and truffle gyoza as well as chashu pork and jalapeño and cheese croquettes.