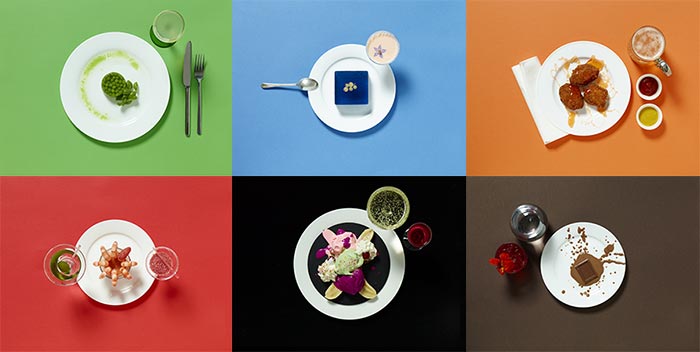 Now we're well aware that tasting menus aren't everyone's cup of tea. So if you're not enamoured with a multi-course parade then you'll definitely need to move onto the next story...

Bom[pass and Parr have joined up with bespokeoffers.co.uk for their next big event, a 24 hour long 200 course tasting menu. They'll be teaming up with chefs who have previously worked in Story, Claridge’s and more for the event, so it plans to be a bit special. The 200 courses will be served every 7 minutes and 14 seconds (we don't envy the chefs sticking to that timetable) and they'll be selling tickets for every 2 hour session (of 20 dishes).

They'll be offering two "lucky" diners the option to go for the whole thing too - starting at 8am and running all the way through to the next day. That takes in (there's a coloured theme here): Yellow Breakfast, White Elevenses, Green Lunch, Blue Afternoon Snack, Purple Five o’clock Tiffin, Pink Dinner, Red Party Time, Orange Drunchies, Brown Blackout and the Multicolour Final Countdown. That'll cost you £2000 for two but frankly If ANYONE manages the whole thing we'll be impressed (and would then call a doctor). Those tickets are on the site now -

But if you're just after the 20 course meals - they can be booked here.

The whole thing kicks off at 8am on Thursday 3 September.