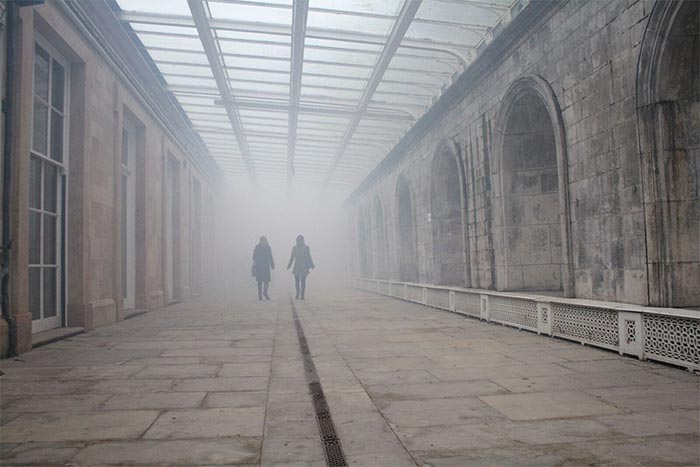 If the very act of drinking can often seem just too much, then Bompas and Parr have the thing for you. Their latest installation is a cocktail cloud which they say is the "world’s first alcoholic weather system for your tongue where meteorology and mixology collide."

We do like the tagline, "breathe sensibly" but what does this actually all mean in practice? Apparently it's in the basement of a building in Borough Market, and you'll have to wear a special suit when you go in. The cloud in the room is made up of spirits and a mixer at a ratio of 1:3. As the alcohol can be absorbed through lungs, nose and even eyeballs you'll be essentially taking a shot as you walk around the room during the hour you're limited to, and you'll take in 40% less calories too.

And if breathing alcohol isn't enough - more cocktails will be available inside too. It all sounds utterly barmy, but we have to admit that we'd like to try it out.

The cloud at Alcoholic Architecture launches on 31 July 2015 for six months at One Cathedral Street, Borough Market, SE1 9DE. Tickets are available on their website and it's £10 - £12.50 for a ticket.