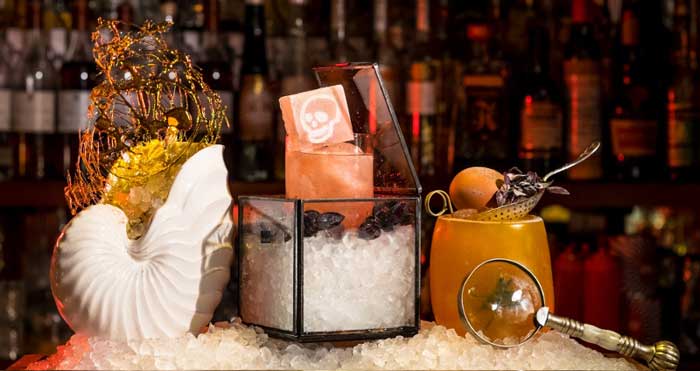 Pan Asian, small plates, killer cocktails and top-end service. In the space formerly occupied by One Kensington, a new lounge style restaurant and bar is opening later this month which has all the right ingredients for success. Beyond London will open under the aegis of chef Ian Pengelly, who grew up in Hong Kong, and whose time at Gilgamesh and Harrod's Chai Wu has given him a wealth of experience in Asian food, with a reputation to match.

The team also boasts an award winning mixologist, Andy Mil, to look after the drinks - and there's no shortage of creativity there too. We're intrigued by the sound of the 'Ra!' - a cocktail which evokes the birth of the sun by somehow enveloping the air with orange oil and hydrogen before being ignited, table side, to leave a drink which shimmers with gold. Which all sounds a LOT of fun - even before you've drunk the cocktails.

According to Ian Pengelly, the new venture is aimed at customers "with impeccable taste". Music, fun, dancing, he says, "Beyond will have it all."