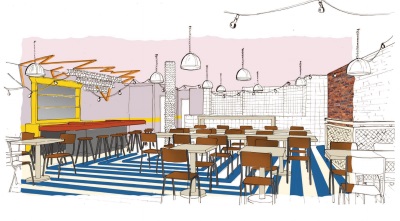 The first is in Liverpool Street station in January where they'll be launching their first street food pod, outside the Broadgate entrance. Open from 7am until midnight, seven days a week, the pod will serve a pared back menu of breakfast, lunch and late night dishes including all-day tacos and burritos. The Liverpool Street branch will also serve up a brand new torta. If you want to linger, there'll be seating for 15–20 outside.

The second opening is a rather larger venture down in Bromley on Market Square where their new restaurant will have space for 60 inside and 24 dining alfresco.