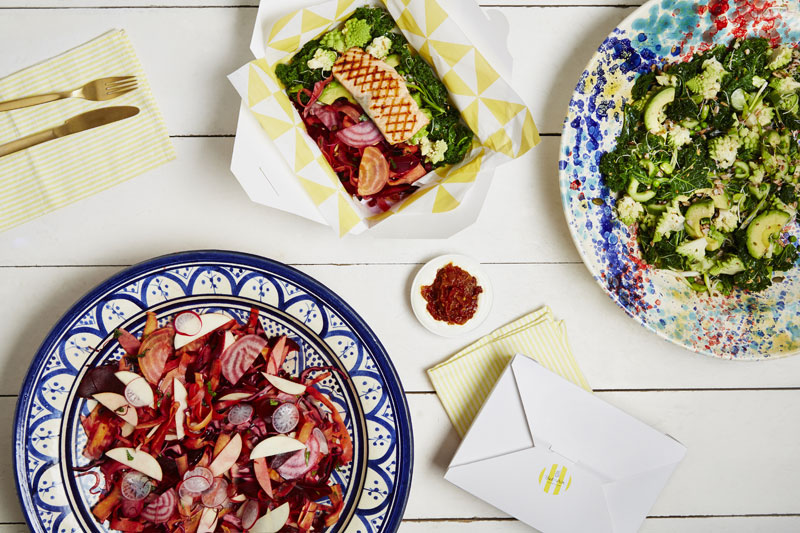 In a nutshell: Healthy food, fast.

Summing it all up: Bel Air's an LA food inspired space that opened originally in Shoreditch serving salads and more. This sees them expanding to a second spot in Farringdon

After getting off to a fine start in Shoreditch, LA-style Bel-Air is opening up another branch in nearby Farringdon.

It will be a similar vibe to their flagship branch with a few crucial differences - you’ll be able to sit down and eat, there’s a few exciting new dishes and best of all, there’ll be epic amounts of caffeine on offer.

Starting with food, their wholesome menu kicks off from 7am, and includes the newly-added Egg Sidecar - scrambled eggs with your pick of side, which includes sesame labneh, or somehow, the extravagant sounding lobster ceviche. There’ll also be loads of bagels (which you can order with sriracha yoghurt) and pineapple granola, with optional almond milk for the dairy avoiders. Come lunchtime, you can try charred pumpkin falafel with kale and quinoa, pollo chili verde with coriander rice, or ozone coffee and cacao beef braise, as well as all the usual salads and more.

Speaking of Ozone coffee, it’ll now be available in bottomless-form. Or if that’s not quite jittery enough for you, Sandows Nitro cold-brew is now available on tap, “for those looking to mainline their morning fix,” say Bel-Air. Sounds about right.

Gym fanatics will also be safe in the knowledge that there’ll be a range of shakes specifically targeted at the post-workout crowd called ‘Warrior Shakes’, which will have added ‘Sun Warrior Vegan Protein’ and a whole host of other variations which will go down a treat in Instragram.

When does it open? 30 January