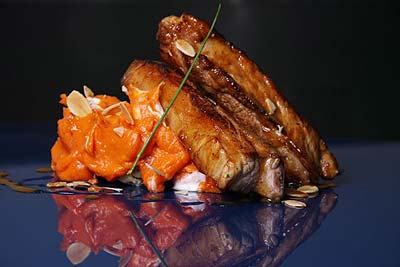 The World Cup doesn’t even begin til 12th June and already we’re starting to hear the hype. But while much of the country are being whipped up in a football based frenzy, we know of something far more exciting to get us in the mood.

The Bedford and Strand have got into the spirit of things and collaborated with Leblon Cachaça to host a series of Brazilian feasts in the run up to the big event, offering the London dining public the chance to sample the culinary wares of the 12 major hosting cities in Brazil.

And we’re not talking about generic Brazilian cuisine either. The menus have been designed by a plethora of well known chefs including Andre Salum (ex-Quo Vadis, Fino, Georges Club Mayfair and Brasserie Payard in São Paulo) ,Helio Fenerich (a private cook who worked with Ruth Rogers, Nigella Lawson and Alex Polizzi) and Rio de Janeiro based chef Roberta Sciasca (owner of Oui Oui, Miam Miam and Mira! Restaurants). So we’re expecting to be shown what Brazilian food is really all about.

Starting on the 9th March, the events run every Sunday and each event (lunch or dinner) concentrates on local cuisine from each hosting city – think sundried meat, hard cured cheese, guava marmalade from Recife one night, or CUPUAÇU, AÇAI, CAMU CAMU from Manaus the next. For £35 a head guests will be treated to a three course delights including a cocktail and a goody bag.

Bedford & Strand's pop up Brazil diner will be at 1A Bedford St, London WC2E 9HH (just north of the Strand) from March 9. The first event is covers Recife on 9th March with Manaus following on 23rd March. Keep an eye out on their website www.brazilpopupdiner.com to hear more about the events as and when they are revealed.