Bateman and Co brings back Blighty classics to Boxpark Croydon 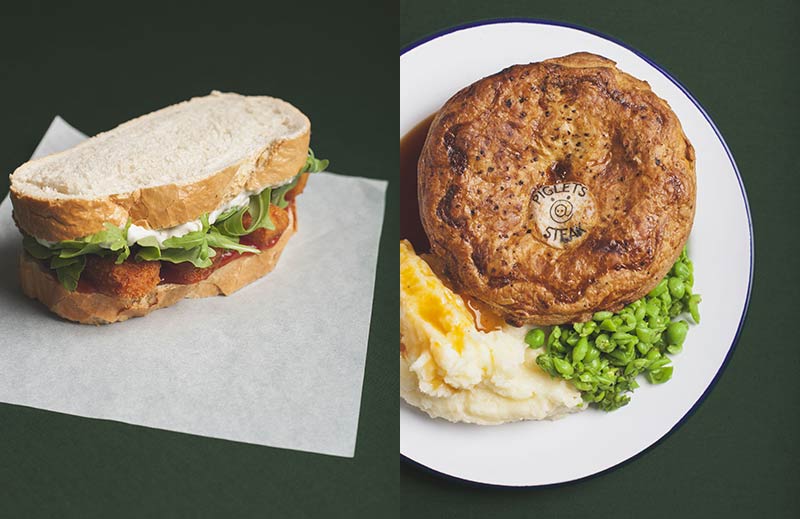 In a nutshell: Classic British style grub in Boxpark Croydon

Summing it all up: In the midst of World War II, Jack Bateman’s Croydon-based canteen kept wartime workers fed and their spirits lifted. Now, some 70-odd years later it’s back in the form of Bateman & Co, who’ll be setting up shop in the South London Boxpark to dish out bubble and squeak, sandwiches and coffee.

If the plague of last decade’s “Keep Calm and ….” merch is anything to go by, here in Blighty we’re more than a little proud of our steadfast, make-do-and-mend wartime resilience. So too is Bateman & Co, Boxpark Croydon’s new industrial-themed canteen.

The inspiration for the setup comes from the Jack Bateman, the original founder way back when in ‘41, when he was responsible for keeping wartime factory workers fed from his Croydon-based canteen. Now it's back, in a slightly more modern form, and will be rocking up at the Boxpark from early September with a range of traditional British classics.

There’ll be bubble and squeak at brunch served with a poached egg for good measure (no rationing needed here) plus pies with mash and crushed peas, as well as sandwiches galore - fingers crossed for fish fingers. It’ll be an affordable way to grab a bite if you’re commuting into Victoria too, with prices starting from £3.95 for breakfast, £4.95 for sandwiches and salads.

Where is it? Boxpark Croydon, 99 George St, London CR0 1LD