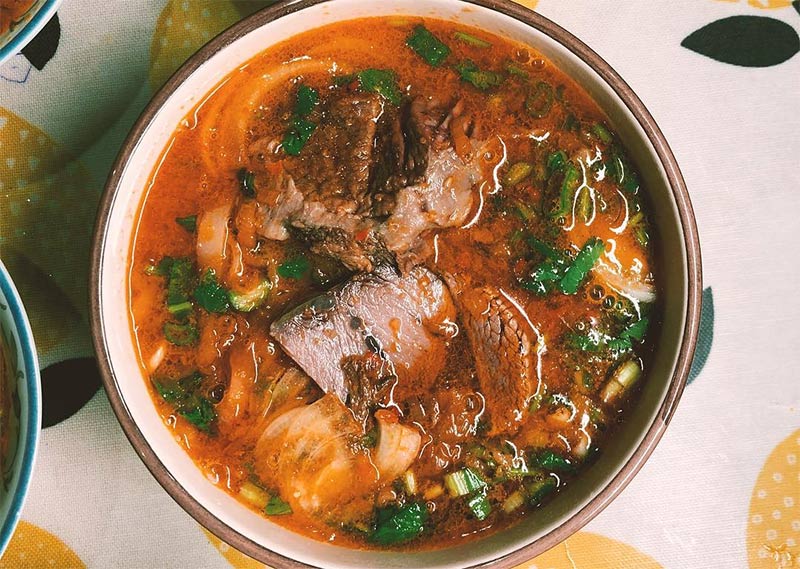 In a nutshell: Vietnamese in Waterloo

Summing it all up: One of the first openings in the redeveloped Leake Street tunnels by Waterloo will be this Vietnamese restaurant and cocktail bar serving up noodles and Banh baos - their take on the traditional breakfast bun

There's a lot of change around Waterloo at the moment. Not only has the station itself been given an overhaul, but the areas around it too - and part of that is around the entrance to the graffiti-covered Leake Street tunnels. Eight former railway arches are being redeveloped into a collection of independent restaurants and bars. One of the new restaurants to appear in the arches there will be Banh Bao Brothers.

They're looking to offer something beyond the pho you can get elsewhere in London. As owner Chris Evernden says, "There are a wider variety of noodles in Vietnam than anywhere else in the world and we will have a few of our favourites, with some others we'll rotate for our specials. Hủ tiếu Sađéc is one that is famous from Ray’s Hometown and one we will be serving up alongside his Bun Bo Hue" (that's it in the picture above).

Chris and his business partner Raymond Ly have known each other since they were children and have grown up together just like brothers - hence the name. "Ray's grandma was known as Madame Bay (madame 7, which was her door number in vietnam) and famed for her cooking."explains Chris. "She had 13 children who she had to cook for every day so each day was a banquet with a variety of dishes. Each of her children and grandchildren inherited her strong passion for cooking and Ray is the last of her students. He's become a fairly well known and sought after chef amongst the Vietnamese community."

Their main dish will be the Banh Bao - essentially a Vietnamese breakfast bao. "It is traditionally made with mince pork, chinese sausage and a quails egg," says Chris. "It is steamed and can be eaten any time of the day. Like all our dishes each part including the Bao will be made from our own recipes. We will be selling the traditional “OG” bao but along with a few of our own flavours."

Alongside all that, there will be plenty of cocktails which will also be influenced by Vietnamese flavours. One of which - and which is the only pho in this restaurant - is the "Mo Pho". They say "a Mojito already has most of the ingredients you will find in Pho, so we have added a few more and a little magic so you get a Pho sensation before the Mojito flavours set in". Expect the beer selection to include Saigon Special too.

The restaurant itself is just on the edge of the tunnel so you can expect the graffiti theme to extend into the restaurant too with artworks by three big graffiti names inside. It'll seat around 80 people on two floors with a separate Jade Dragon bar.