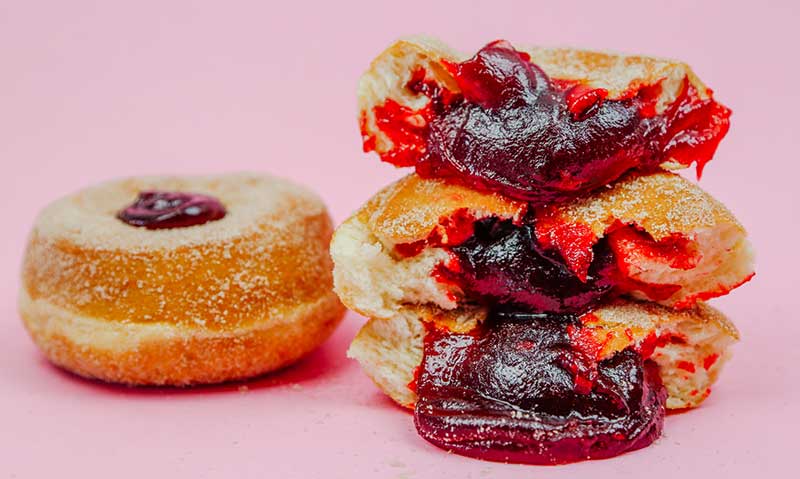 Summing it all up: Popular Australian doughnut company is on the move and the first of a UK rollout will be its store on Shaftesbury Avenue

If you're on a diet at the moment, then we can only apologise for what we're about to talk about. Because there's a new doughnut shop coming to London and everything we've seen pictures of looks like it's got about a zillion calories in it.

Doughnut Time is an Aussie chain - and their branch opening on Shaftesbury Avenue will be the first store outside Oz. They're also planning stores in Old Street, Notting Hill and Shepherd’s Bush.

On the menu will be a range of regularly changing doughuts where no good pun goes unused. So expect to see the Donutella Versace, a Flakey AF or maybe a Melon Degeneres. That's the Pump Up The Jam pictured.

The London store will feature two new UK specials - Love Actually (Earl Grey tea glaze with freeze-dried raspberries and heart shaped jammie dodgers, and the retro Shawty it’s Sherbert Day (no - us neither) and there'll also be a rotating range of vegan and gluten free doughnuts too.

If you fancy giving your doughnut purchases the personal touch, look out for the opening later of their upstairs 'Academy' where you can glaze and customise your own.

Where is it? 96 Shaftesbury Avenue, London W1D 5EB