[SIGPLUS_EXCEPTION_SOURCE] Image source is expected to be a full URL or a path relative to the image base folder specified in the back-end but /blog/2015/asiadecuba/gallery is neither a URL nor a relative path to an existing file or folder.
0
Shares 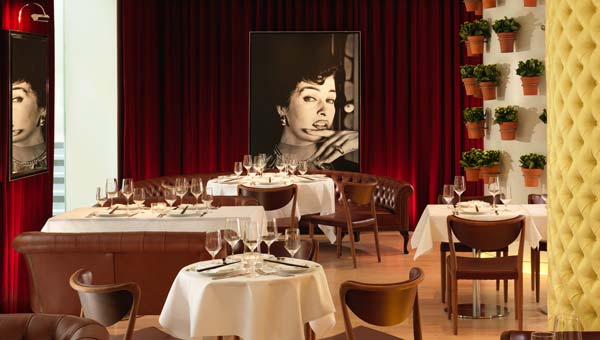 It's all go at Asia de Cuba, the restaurant at St Martins Lane. The restaurant has been underdoing a redesign - both of its space and menu - and the booking line reopens today.

The chef behind the new menu is Luis Pous, who grew up and trained as a chef in Cuba. His reworking of the menu at the restaurant sees it split into Ceviches, Small Plates, Salads, Wok, and Plancha.

Signature dishes will include Tuna Ceviche with seared foie gras, Asian pear, malanga chips and red onion and the unusual shrimp churros. Groups might want to try the new family-style dishes of a Barrio Chino Steak accompanied by hearts of palm and edamame salad; and Pescado a la Parrilla, a whole grilled fish for two or maybe suckling pig. While we're rather taken with the idea of Cumin Dusted Tuna with white bean purée, chorizo salsa, tatsoi and garlic sesame vinaigrette.

For dessert you have Guava Cheesecake with coconut tuile; Thai Coconut and Lemongrass Flan with honeydew melon and caramel; and Arroz con Leche topped with ginger crème brûlée.

As befits a new room and menu, the cocktail list has also had a going over. New cocktails take on classic drinks, so there's a Patong Palmer riff on an Arnold Palmer, made of Thai iced tea with lemon, aperol and coconut milk and a Floradora on Holiday with gin, hibiscus, lime and fresh ginger soda.