Arthur's Cafe in Dalston is closing for good

Written by Catherine Hanly
Created: 18 May 2018 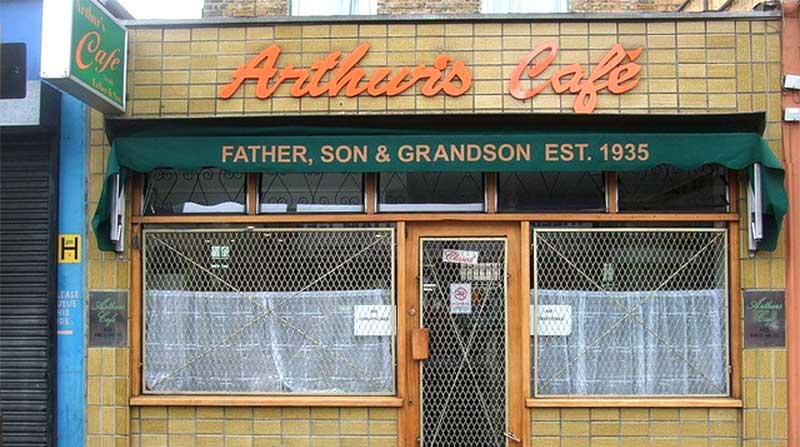 "Arthur’s has never closed, not even when bombs rained all around. Every weekday on the dot of 7am, the doors open and the faithful flood in."

Sadly, the words that the then-Guardian restaurant reviewer Marina O'Loughlin wrote in her love letter to Dalston cafe Arthur's will seem pretty poignant next week when the Kingsland Road spot serves its last fry-up, after the death of founder Arthur earlier this year.

According to the Hackney Gazette, Arthur Woodham’s grandson Jamie - who worked alongside Arthur in the cafe for 30 years - found out that his grandfather's will ruled that the cafe would close on his death.

"I was hoping it would be my future," he told the paper. "It’s been my life and I’ve worked with him for 30 years. It’s a shame for me and a shame for the customers.”

If you're after a last cup of builder's brew and a fry-up then you've got until 25 May 2018 before it shuts for good.