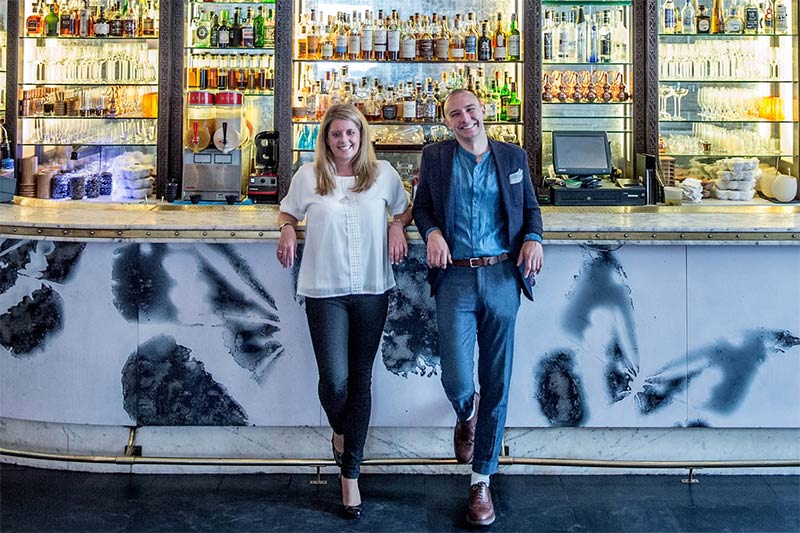 Some very exciting news from one of our all-time favourite bars in London. Artesian bar at The Langham Hotel have announced that Remi Savage and Anna Sebastian will take over the respective roles of Head Bartender and Bar Manager starting this November.

Remy joins Artesian after four successful years at Paris speakeasy Little Red Door, which just last week was awarded the Number 11 spot in the World’s 50 Best Bar awards. Remy is no stranger to the London with regular trips and residencies over the past few years, including a weeklong popup at The Zetter Townhouse in 2014.

Anna joins following a stellar run at the helm of The Savoy’s Beaufort Bar. Here she was named Bar Personality of the Year 2016 by Imbibe Magazine. She also oversaw the launch earlier this year of the 'Tunnel Book’ menu, an ambitious undertaking which explores the colourful history of The Savoy in 20 unique drinks.

Remy and Anna will collaborate first on a preview menu available from December, this will be followed by an official menu launch next March.

One of London’s top bars, Artesian carries with it an impressive reputation, and under the stewardship of Alex Kratena and Simone Caporale was awarded the title of 'Best Bar in the World' four years on the trot. The new bar team will no doubt seek to continue this success and if Remy and Anna’s previous achievements are anything to go by, we’re definitely in for something special.

In the meantime, the bar still has a lot going for it. Under the direction of Dino Koletsas, Director of Bars (Milk & Honey, Little Bat), and Head Bartender, Gabor Fodor (Maze, Royal Exchange),  the current menu was developed which features 20 cocktails centred around the theme of ‘perception’.

What: Artesian at The Langham

When: Remy and Anna will start at Artesian on Wednesday 1st November 2017.