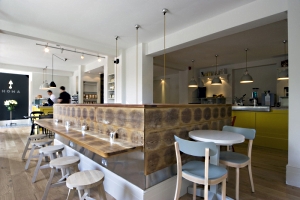 The shortlist for the 2011 Restaurant & Bar Design Awards has just been announced, which is always an interesting mixture of restaurants and bars you either know well or may not have thought of trying.

Probably the most surprising entries are two from the Emirates Stadium - The Foundary and the WM Club - both of which, sadly, are only accessible if you're a Club Level member of Arsenal. We're also pleased to see the lovely Tinello in there as well as Bar Pepito.

Restaurant or bar in a hotel

Restaurant, bar or club in another space

You can see the full shortlist here.