These were not just any radishes. These were Jamie Oliver's radishes - all the way from his own farm, delivered straight to his Fifteen restaurant in Hoxton for a one off 'Night in' with acclaimed young cookery writer Anna Jones. We went along to try her vegetarian feast - and hear about the great work of the Jamie's Fifteen apprentice scheme.

Anna - whose second book, A Modern Way to Cook, comes out next month - graduated as an apprentice in 2003, and hasn't looked back. No better person, then, to kick off this series of special dinners.

On the menu: vibrant smashed avocado toasts with tahini and black olives and Jamie's radishes, with a tamari dip. Then huge platters of heritage tomatoes and foraged herbs, along with green and yellow courgettes with creamy clouds of burrata and lovage oil. 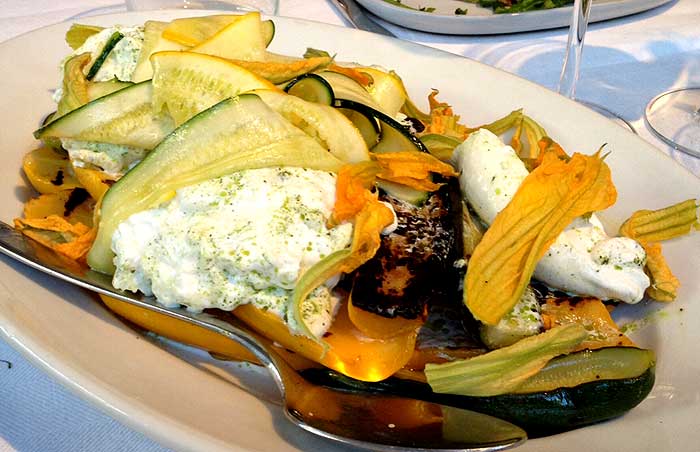 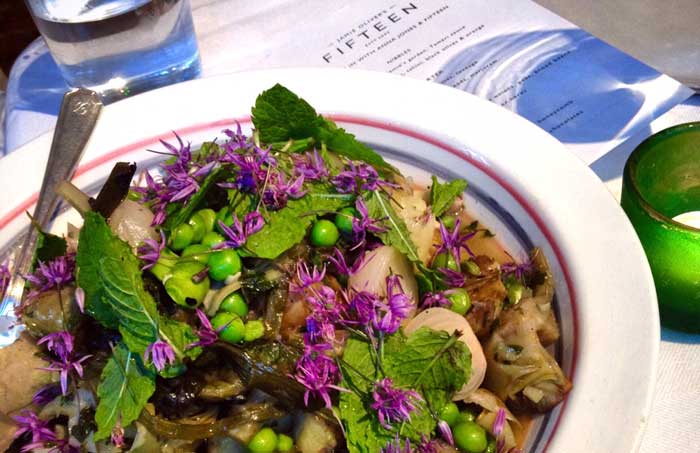 Dessert was a portrait in freshness: cherries with a goats cheese ice cream, topped with shards of honeycomb. A tray of peanut butter coconut chocolates to finish - which lasted mere moments. 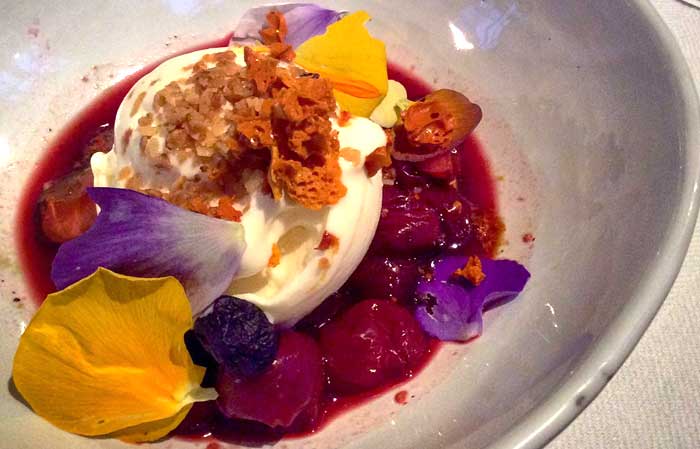 Anna's dinner is just the first in a series of one-off nights at Fifteen - where former apprentices who've forged a successful career in food will be invited back to cook with head chef Robbin Holmgren, and some of the current trainees. All the profits will go straight back into the scheme - which over the last 13 years, has given scores of young people a chance to learn a skill, master a profession and have a better future.