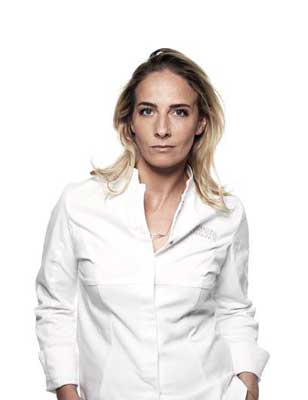 It's worth keeping an eye out for the effect of new Executive Chef Amandine Chaignot at The Rosewood London, where she takes over from Bjorn van der Horst. Her background includes three years with Alain Ducasse and Jean-François Piège at Hôtel Plaza Athénée, three years at Le Bristol, two at Le Meurice and Hôtel de Crillon. Chaignot comes to the Rosewood from Hôtel Raphael.

So what can we expect? Well, she's described her style of cooking as modern French, whilst obviously taking on the techniques of the kitchens she's worked in. And while she's going to be overseeing the kitchens and menus throughout Rosewood London, she'll be working with particular emphasis on The Mirror Room.

“I am both proud and excited to join the Rosewood London team," says Amandine. Addin (which makes us warm to her immediately) "I strongly believe that London is one of the world’s most exciting culinary destinations.”