All eyes on London as World's 50 Best Restaurants announcement approaches 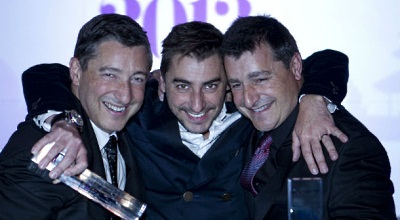 There are just three more days to go before we find out whether Spain's El Celler De Can Roca (pictured) has managed to hold on to its position at the top of the World's 50 Best Restaurants list for a second year running.

This year's list will be announced on Monday evening. Which is why your Twitter feed, if you follow a lot of chefs, will be full of mentions of special dinners and parties as the world's restaurant elite descend on London in advance of the ceremony. At the last count, chefs from 47 of the 50 restaurants on the list were planning on flying in.

The presence of so many chefs from around the world gives London restaurants an opportunity to put on some great creative partnerships. So tonight and tomorrow will see Claude Bosi play host to Yannick Alleno (previously chef at the Michelin three-starred Le Meurice in Paris) for a special joint menu.

And later this weekend, Virgilio Martinez (executive chef at LIMA and chef patron of Central in Lima and his fellow Peruvian chefs Mitsuharu Tsumura (Maido) and Gaston Acurio (Astrid y Gastón) are hosting an eight course Nikkei tasting menu lunch at LIMA. We'll be tormenting you with pictures of that on Sunday if you can bear it. Chefs will also be attending a breakfast at Peyote in Mayfair on Sunday.

The prelude to World's 50 always works well for some key restaurants that are about to open. This year James Lowe's restaurant Lyle's will be hosting some of the chefs over the weekend as will Simon Rogan's Fera at Claridges.

The World's 50 Best will be streamed live from 8.15pm on Monday. Keep an eye on the Hot Dinners Twitter feed for the live results and if all this talk about the World's 50 leaves you totally bored, you're going to want to sort out muting that hashtag on Monday.