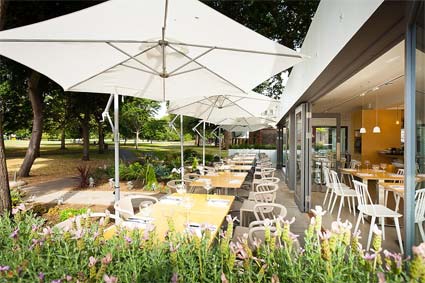 A new all-day restaurant is coming to Fulham. Eelbrook (named after its location on Eel Brook Common).

Chef Brett Barnes will be putting together a menu that mixes British ingredients with European and North African influences.

What you need to know about Eelbrook.

The chef has an impressive CV under his belt. Brett Barnes has previously worked at Duck Soup, Arbutus, Hix and Sweden's Fäviken (currently number 19 on the World's Best Restaurants list). Plus his sous chef Aidan Brooks trained in Spain under chefs that included Carles Abellan of Barcelona's Comerç 24.

The menu is based around British/European small plates. Specifically, it will feature "British ingredients with European and North African influences. Some of the dishes on the menu include:

It's being designed by the person behind Wagamama, Hakkasan and Yauatcha. Plus it'll have an alfresco space with a covered, heated terrace too.