A second Pizza Union is heading to King's Cross 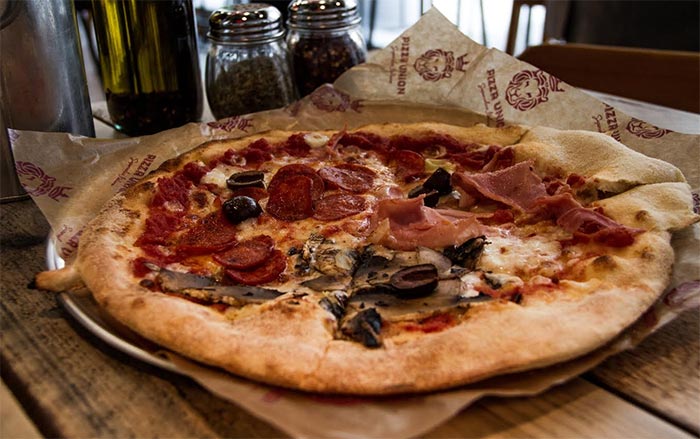 After a successful launch ai Smithfields, Pizza Union is spreading its wings and opening a second pizza bar - this time at King's Cross (close to the Honest Burgers there).

They specialise in Roman-style thin & crispy 12” pizzaa which are fire-baked in 3 minutes in their traditional domed stone pizza oven, which is apparently the largest in the UK. Again, the aim is to repeat the idea of the "pizza bar" so in the 100 seater bar there will be salads, dolce, gelato, wines, prosecco, beers, soft drinks and coffee alongside those pizzas. They include:

And for dessert, there's the Dolce (starting at £2.95), a dough ring with fillings including Nutella, coconut or salted caramel.

Pizza Union officially opens on 16 June (but they are unofficially open now too) at 246-250 Pentonville Road, London, N1 9JY. For more, follow them on Twitter @pizzaunion