Coya opens in the City at Angel Court 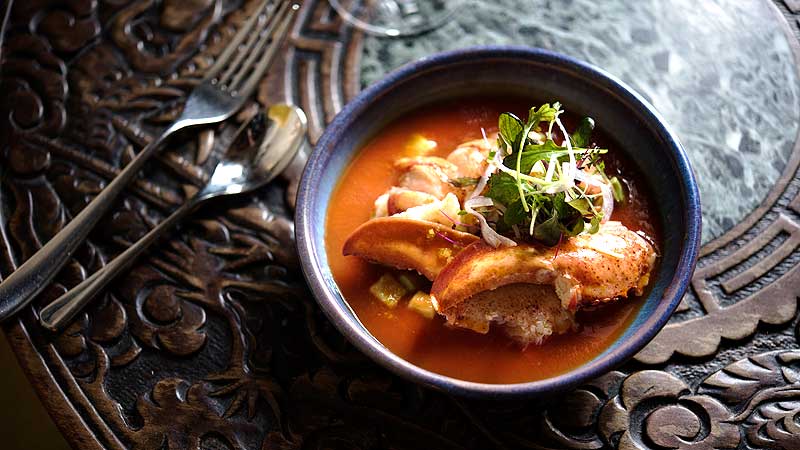 In a nutshell: Upmarket Peruvian food and drinks in the Bank’s new Angel Court development

Summing it all up: With a bottle library locker, a Pisco Lounge and a Rum Round Table, COYA is set to draw in the thirsty City crowd, plus light and healthy South American cuisine - we’re expecting ceviche, grilled meat and sharing plates.

City workers who want to get a flavour of South America without venturing too far out of their comfort zone will now be able to enjoy upmarket Peruvian food and lots of international alcohol at COYA’s second venue.

Their second spot in London (they also have restaurants in Miami and Dubai) will be opening on the ground floor of the new 24-storey Angel Court development (that's the big new city building that looks like its permanents lit up at the moment). It will carry on from the Latin American restaurant group’s first venue, based in Mayfair.

Food will be light and healthy, and the kitchen will be led by Sanjay Dwivedi. And while we’ve not seen much in the way of menus yet, it’s likely to be similar to their original restaurant - that is to say, dishes and menus galore (no, really) Think Peruvian with a refined twist, with a touch of Asian and European influence for good measure. At their original Mayfair venue, which has three open kitchens, there are absolutely MASSES to choose from, including the lobster ceviche (pictured above), grilled dishes and sharing plates, like the ox heart Tradicional, the Corvina saltwater fish with truffles, and pork belly chicharron.

We also think that particularly given the location that the booze will be a big draw. This will be especially true especially if you’re a fan of the famous South American brandy pisco - there’ll be a pisco library, which will reside in the Pisco Lounge, where you can sip on pisco sours aplenty, naturally. There’ll also be a special Rum Round Table table for you and five friends, plus, chilli margaritas.

There’re also a couple of other things that set COYA apart from the rest, for example they’ll only be hosting female DJs throughout the year, an unexpected announcement, and one we’re rather impressed by.

Where is it? Ground Floor, Angel Ct, London EC2R 7BH