A second Burgerac's Burgershack is coming to The Social in Fitzrovia 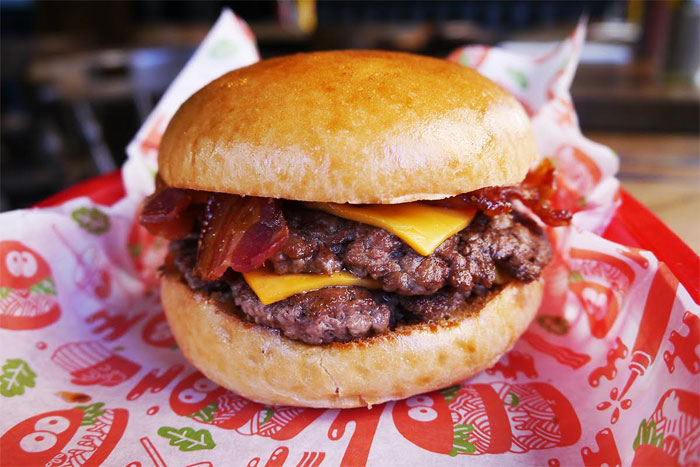 There's a brand new Burgerac's Burgershack coming to town - and this time they're landing in Fitzrovia.

Behind it all is Gavin Lucas - aka Burgerac and originally a blogger of all things burgers and who then got into the business himself with the Burgershack at the Royal Oak in Marylebone. Essentially proving that he could walk the walk (it gets VERY good reviews).

This second Shack sees them take over The Social on Little Portland Street. On their new menu, expect it to include:

It's all kicking off with a soft launch on 29 April when Burgerac himself will be DJing in the ground floor bar (they'll be cooking up a load of burgers and portions of fries from about 6pm and giving out samples - half burgers - until they run out). They will then will be officially opening on Tuesday 3 May, running every Monday - Friday.

Burgerac's Burgershack at The Social at 5 Little Portland St, London W1W 7JD. For more, follow them on Twitter @Burgershack_