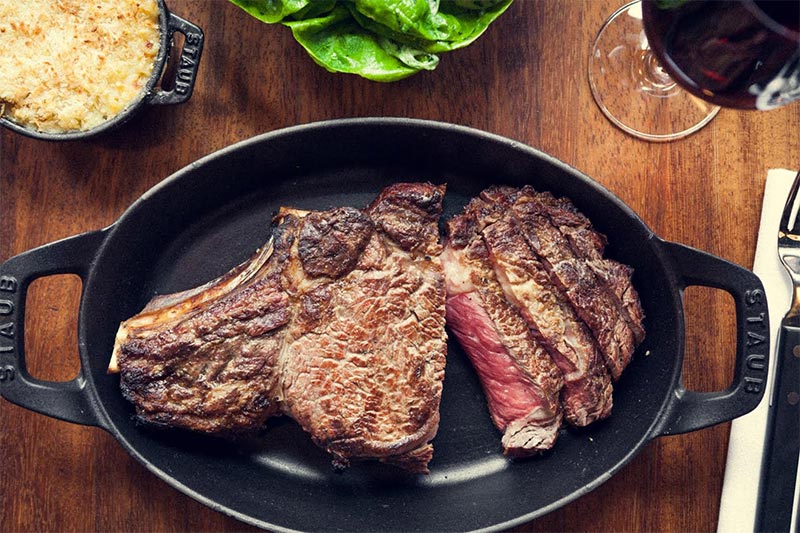 We already know about Hawksmoor's ambitious plans to launch in New York, but before that, there's another new home-grown Hawksmoor appearing in Borough in early 2017.

This location is one that's particularly close to Will Beckett and Huw Gott's hearts, given the close relationship they have with their suppliers. Getting the very best suppliers was a key ingredient in the early days of Hawksmoor and many of their best either come from Borough or nearby Bermondsey. Key amongst those is, of course, The Ginger Pig butcher.

So they're now very pleased indeed to be opening there too. As Will says "“We have always dreamed of opening a restaurant in the area. There’s something really special about being on our suppliers’ doorsteps, and as Borough was such an influence on us in the early days it feels like, 10 years later, we are coming home."

As for the place itself, they're taking over a 19th-century building that begun life as a hops warehouse - it's described as having the look of a Victorian warehouse, with original timber beams and brickwork and lots of windows. So that's a big move away from the basement dwellings of Knightsbridge, Seven Dials and Guildhall. We should be expecting a pretty impressive set-up here. It'll be a decent size too with room for 144 diners.

What we're really interested in though is the concept of the downstairs ‘Cook’s Room’, a 14 cover room which will have its own private kitchen. during the day this will be where Hawksmoor’s chefs will be testing new dishes. And at night it transforms into a private dining room which will serve up a special menu drawing on Borough market produce.

That desire to reference and make the most of their Borough location will extend to a new weekly Market Specials menu available in the main restaurant too. So you might find scallops, beef butter & horseradish or Barnsley chop with kidneys roasted in their own fat and maybe Steak & Stichelton pie.

Hawksmoor Borough is now on soft launch at 16 Winchester Walk, London SE1 9AQ. They're taking bookings from 2 March 2017 at 020 7234 9940. For the very latest, follow them on Twitter @HawksmoorLondon.