A cricket-laden doughnut hits Doughnut Time with their Bushtucker Trial 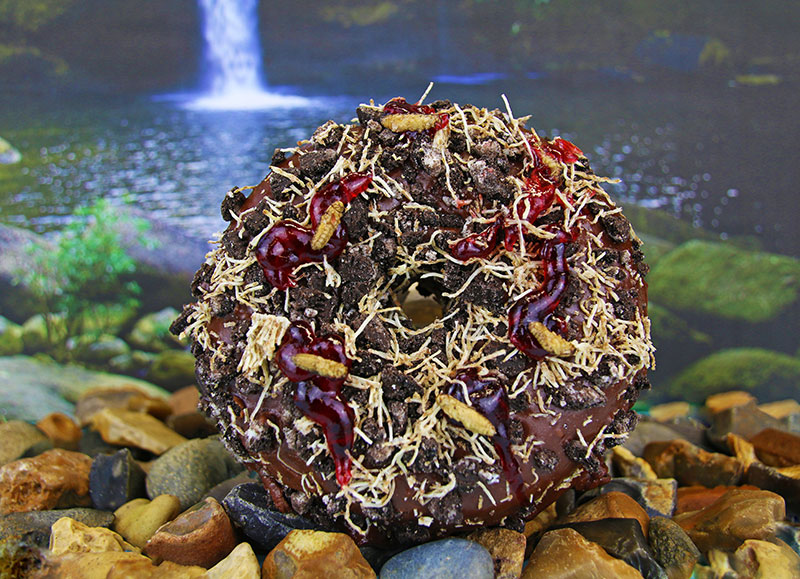 We're pretty certain this isn't a very early (or late) April Fool's joke, but today newcomers to the London doughnut scene have added a rather different doughnut to the menu. Apparently launched in line with "I'm a Celebrity..." it's based on their famed Bushtucker Trial (and named that too). It is a doughnut-laden with edible bugs.

What can you expect? A milk chocolate glazed ring doughnut, covered with salt and vinegar-flavoured crickets - which they say is tastes "sweet and tangy with a serious crunch". And there's also Oreo crumb, Shredded Wheat and raspberry jam too.