[SIGPLUS_EXCEPTION_SOURCE] Image source is expected to be a full URL or a path relative to the image base folder specified in the back-end but /blog/2016/34/gallery is neither a URL nor a relative path to an existing file or folder.
0
Shares 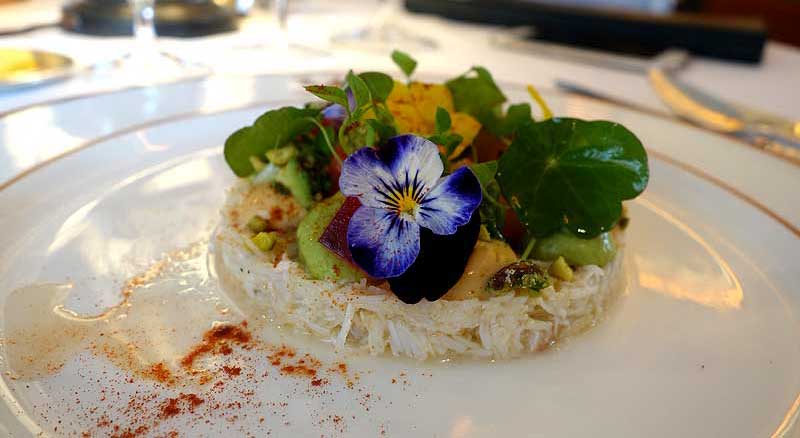 It's been a while since we were last at 34, so we took advantage of being in town over the Easter weekend to try out the Mayfair restaurant's new Spring brunch.

Honestly, we've never had such a hard time trying to choose what to have. Everything on the menu sounded pretty much exactly what you'd want for brunch/Sunday lunch. There's all manner of traditional brunch dishes to choose from - waffles and pancakes, baked egg shakshuka with feta and shrimps or pork and black pudding hash.

We kicked off with two stonking starters - a salad of burrata served up with polenta crisps, raff tomatoes (£14) - the richness offset by the castelfranco it came with. But that was overshadowed entirely by the tian of Cornish crab which came next, covered with flowers and dotted with pistacho and spicy avocado puree (£18.25).

Given it was Sunday lunch - one of us felt duty bound to try the roast beef, which was served up with impeccable roasties, cauliflower cheese, a towering Yorkshire and spring veg £24.50. And it was good. Very good in fact. Just not in the same league as our other main - the lobster mac n cheese with black truffles which has been on the menu here since 34 opened and which will now be our mac 'n' cheese dish to beat. It does cost £32 though, so maybe one best saved for a special occasion.

Dessert included an Easter special - the Mayfair Cream Egg - but it was the simple creme brulee served up with candy pink forced Yorkshire rhubarb £7.50 which won the day for us.

The Spring brunch menu is now available at 34 at 34 Grosvenor Square, London W1K 2HD (entrance on South Audley Street). Keep up with their news on Twitter @34_restaurant.

Hot Dinners ate as guests of 34.